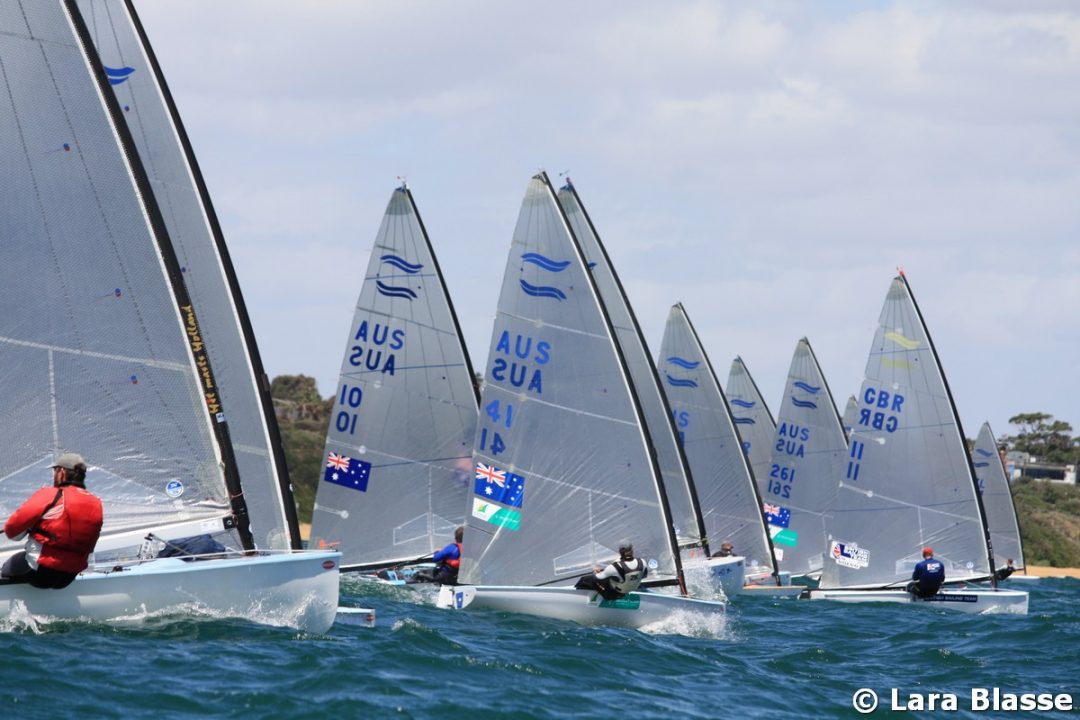 Giles Scott wrapped up a great week’s sailing with two more race wins to take the overall victory at the Ronstan Australian Finn Championship in some spectacular Black Rock conditions. Nicholas Heiner secured second place, while Jake Lilley took one point off Ed Wright to move up to third, and also successful defended his Australian National title. Henry Wetherell made it three Brits in the top 5, with a consistent 5th place, 3 points ahead of PJ Postma.

It had been a tough week in Black Rock with solid sea breezes for most of the races challenging the physical preparation of the 40 sailors who took part. Many sailors were visibly tired, with sore legs, heading out for the final day, which looked like being the toughest of the week. 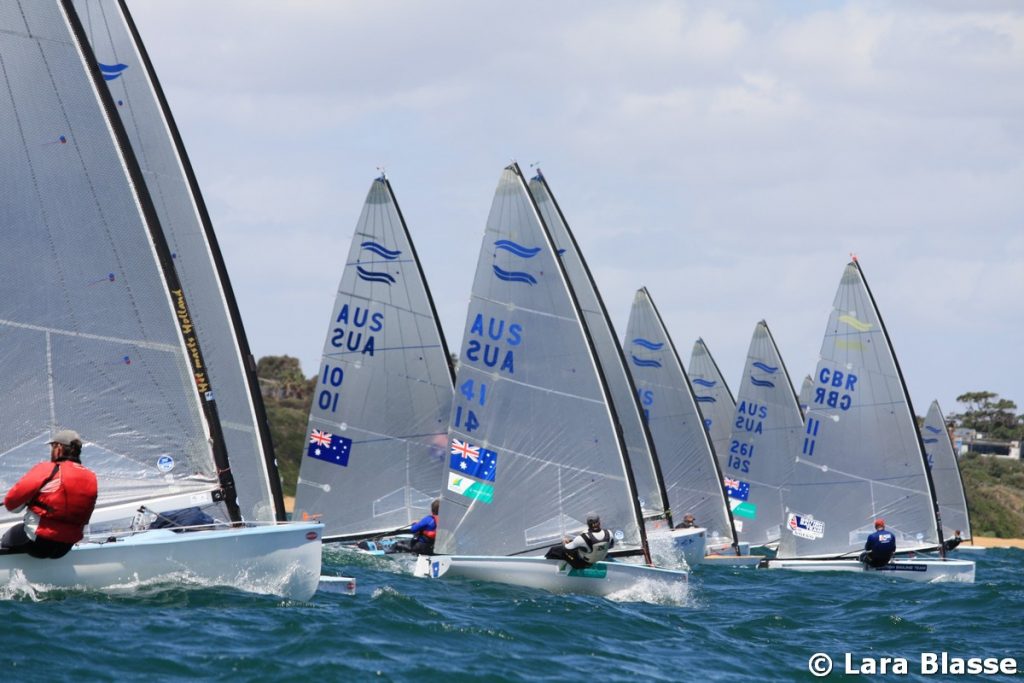 It was a great demonstration from Olympic champion Scott as he revelled in the fantastic wind and waves on Port Phillip for two clear wins to make it six bullets this week, which is impressive considering the high quality of the fleet. Heiner knew it would be tough to topple Scott, so focussed on securing the silver. Meanwhile Wright and Lilley went into the day tied on points. Everything was set for a final day of tough and absorbing racing. 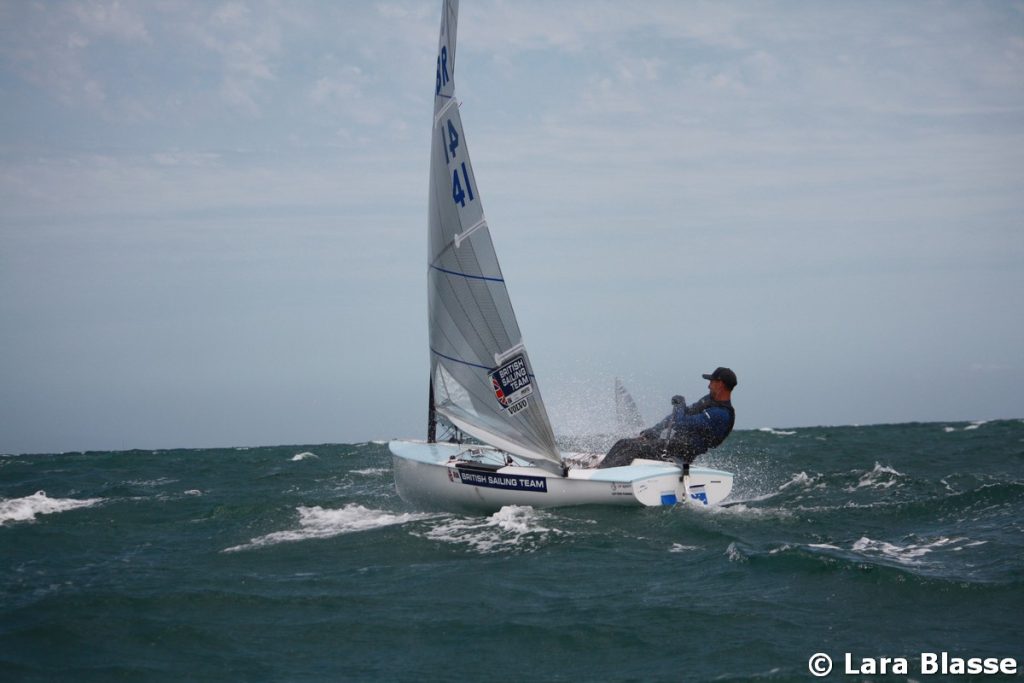 The final two races were scheduled to start at the earlier time of 12.00 and on the water, the southerly change had blown through in the early morning to bring in a solid 15 knot breeze and a 5 minute sail to the start line. The forecast predicted a 15 to 20 knot southerly with a sea breeze coming over the top and building later in the day.

Race 9 of the series got away on time under ‘U’ flag with two boats UFD, Rockal Evans, from Bermuda and Phil Chadwick, from Australia, who was leading the Grand Masters. The first mark was a British procession and by the bottom first time round it was Scott with a clear lead, clearly enjoying the fabulous conditions. The breeze filled in further on the second lap to a solid 20 knots by the finish. Scott took the win from Pieter-Jan Postma, from The Netherlands, and Lilley. Wright was back in seventh after breaking his vang lever and sailed in for a boom change for the second race. It was all down to the final race for silver and bronze. 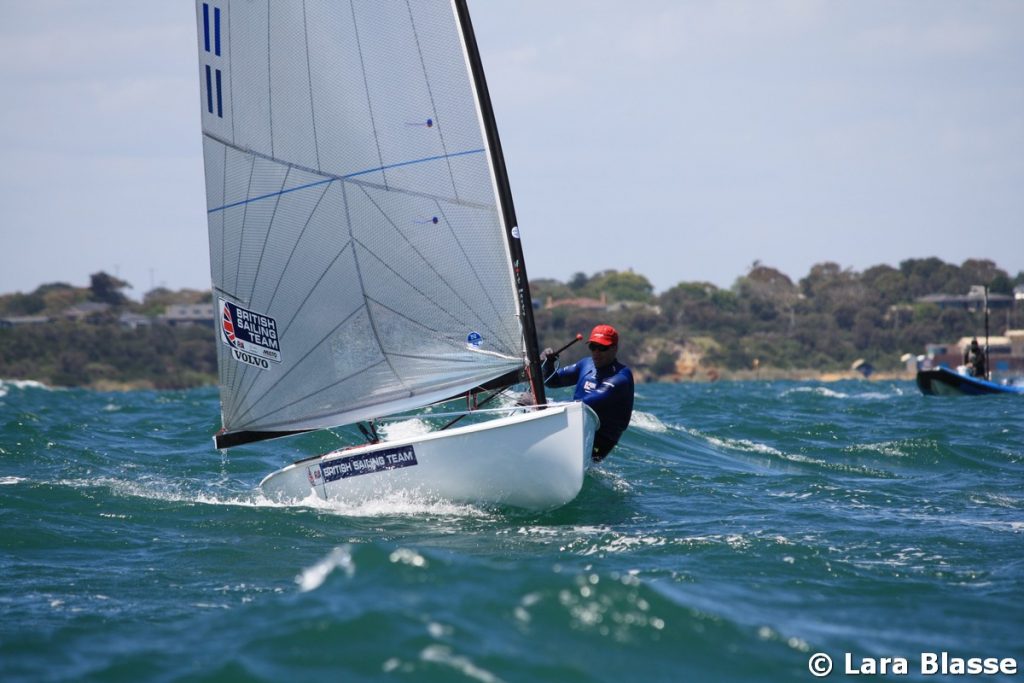 The final race was held in the same solid breeze from the south, with a high degree of attrition through the fleet. In the end only 25 boats finished. At the top of the second run, Scott and Wright had a big lead on the fleet with Henry Wetherell clearly in third, to finish in that order for a British one, two, three. Postma capsized at the end of the first run, while Chadwick picked up another UFD. Alex Kokumai from Japan, suffered another broken vang and was towed in.

The spoils were shared between the Australian and British sailors. While Lilley won the Australian title from Oliver Tweddell, Wetherell took the U23 prize and Wright was first Master. After an over-enthusiastic double UFD from Chadwick today, John Condie won the Grand Masters by a single point, while Peter Wallace was first Grand Grand Master. For the Legends, Dirk Seret covered Neville Wild to stay in front, with last years winner Bob Buchanan, third.