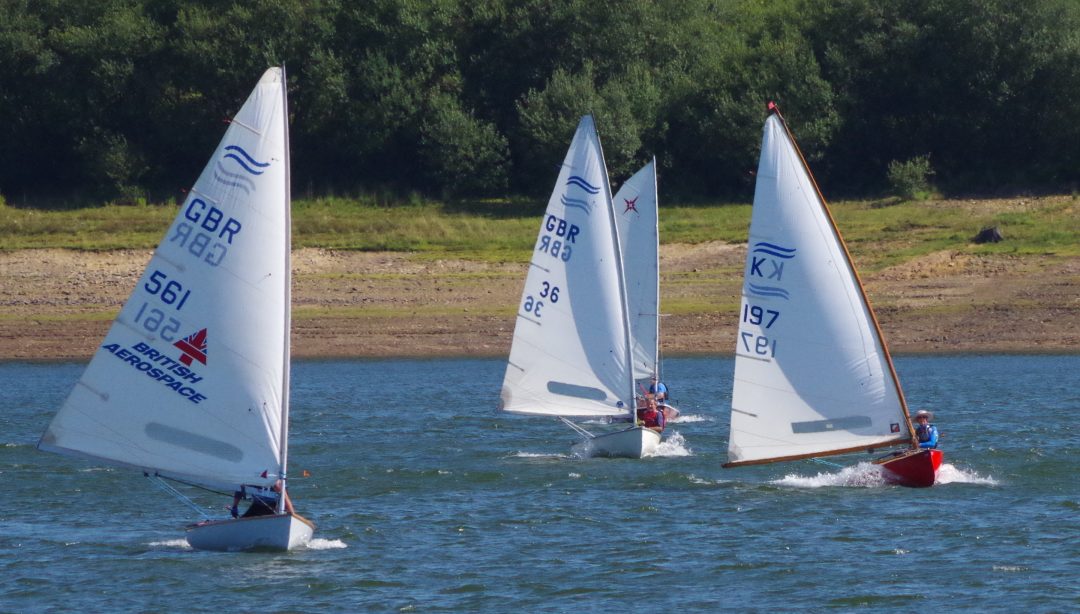 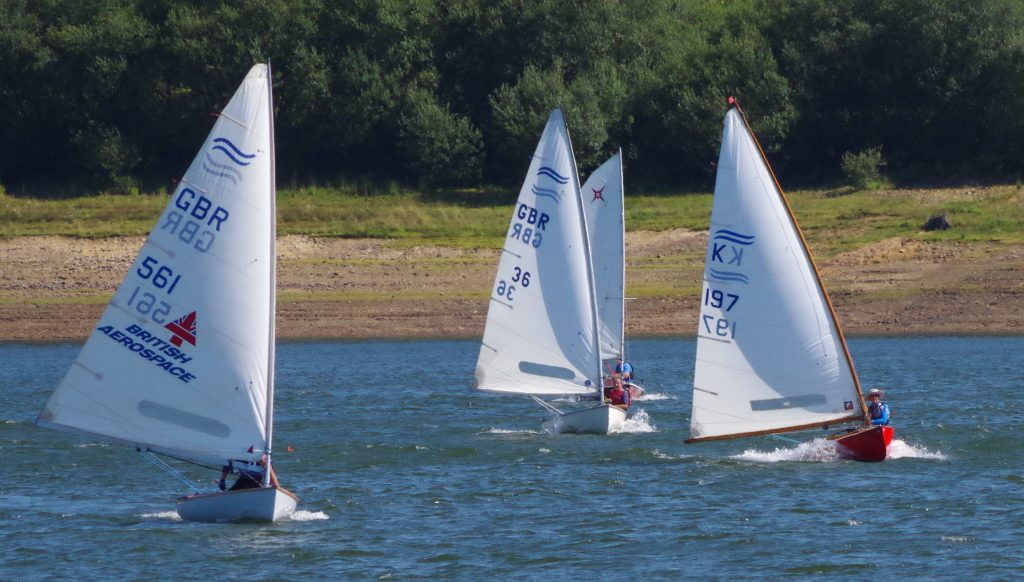 Peter had rigged his Bruder wooden mast but by the time racing started on Saturday afternoon he was very much regretting it as it was getting quite windy and as the afternoon progressed sustained gusts of 20 knots plus were coming down the lake.  However despite this he managed to lead most of the first race before his tiller extension came off, letting Gary past while he fixed it.  John and Peter changed places several times for the lead in the second race and finished in dead heat, with Peter absolutely amazed that the mast had survived at nearly 60 years old. (That’s that mast – not Peter! Ed)  All the Finns finished including Geoff who couldn’t believe how fast he was going down the runs. 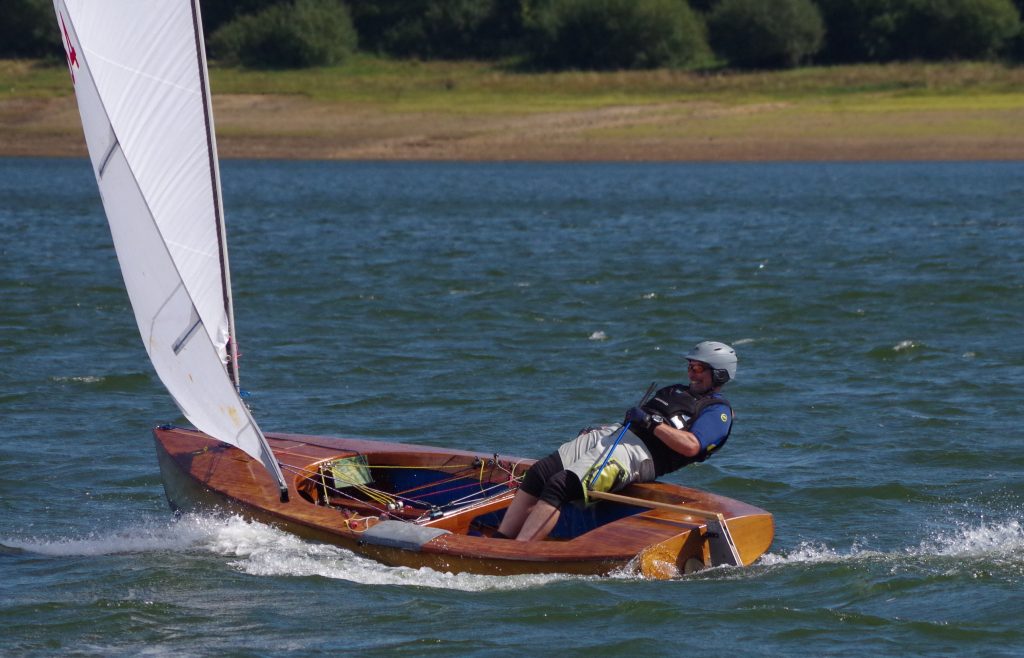 On Sunday the winds were much lighter and shifty.  John got into a tangle with his mainsheet at the start, set off after the whole fleet had left then got a lift and breeze right round the fleet and off into the lead, only to round the wrong buoy on the second lap!  In the second race Alan Williams led the Finns until the last short beat to the finish when Peter managed to get past and finish first. 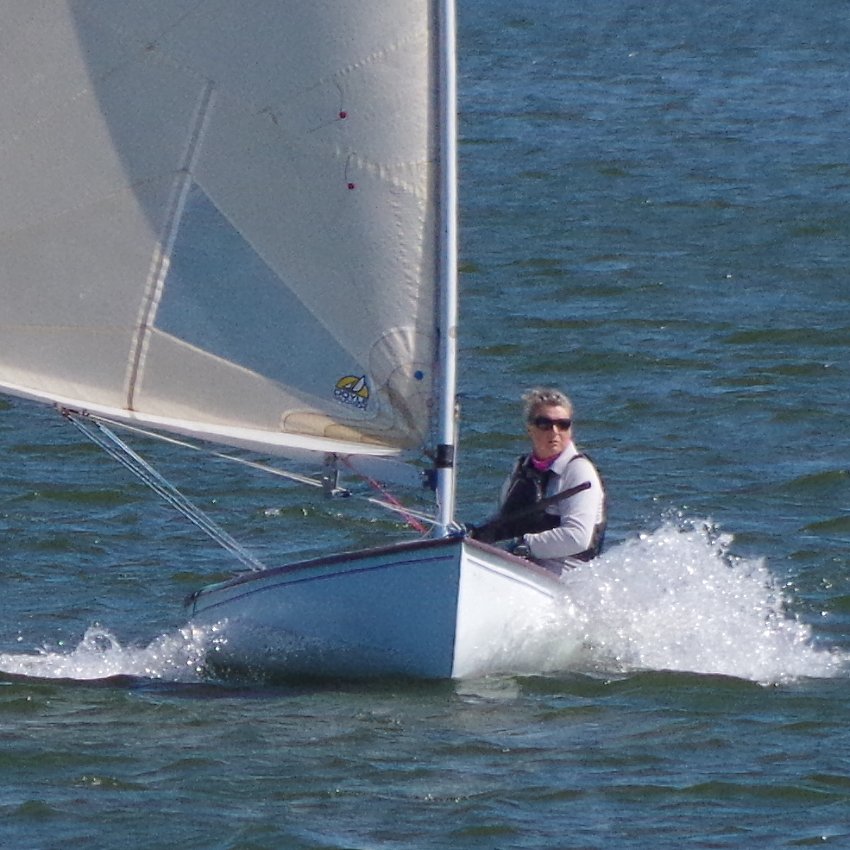 One final race was held on Monday, again in very light winds and Peter led this one all the way round so that Peter finished first, to score first Finn and third in the CVRDA event overall.