British Finn K17 Allegretto has recently re-emerged after being kept in a barn for around 40 years! This Finn was originally bought by Chris Heywood with his brother and sailed in the 1956 Olympic trials after which she was little used. Chris was a good friend of Charles Curry and spent many summers being mentored, camping in Charles’ garden and sailing in Chichester Harbour. Allegretto was sailed a few times in the 1990’s on Kielder Water by his daughter Viola and her Uncle but subsequently has spent the rest of the time in a barn in Scotland, until it was recently decided it was time to find her a new home.

K17 was one of a batch of 10 Finns that were commissioned by Tiny Mitchell for the 1956 Olympic Trials. The hulls were built by Fairey Marine and decked and finished by Wootens off Maidenhead. In the trials Chris surprised many well known dinghy racers by lying in second place after the first day and creditably finishing 5th OA in the event which was won by Richard Creagh-Osborne, but Chris then started sailing a Jollyboat and put Allegretto into storage.

Allegretto is probably unique in not having been modernised or updated since 1952 and so represents a rare insight into the early development of the Finn. She has no kicker and sports a wire halyard winch. The controls are very basic (mainsheet, traveller and centreboard up haul) and so sailing the boat, particularly in stronger winds must have been extremely difficult. British Finn Association Secretary Martin Hughes has brought her down to Warsash and is going to try sailing her pretty much as she is, which will be interesting to see! 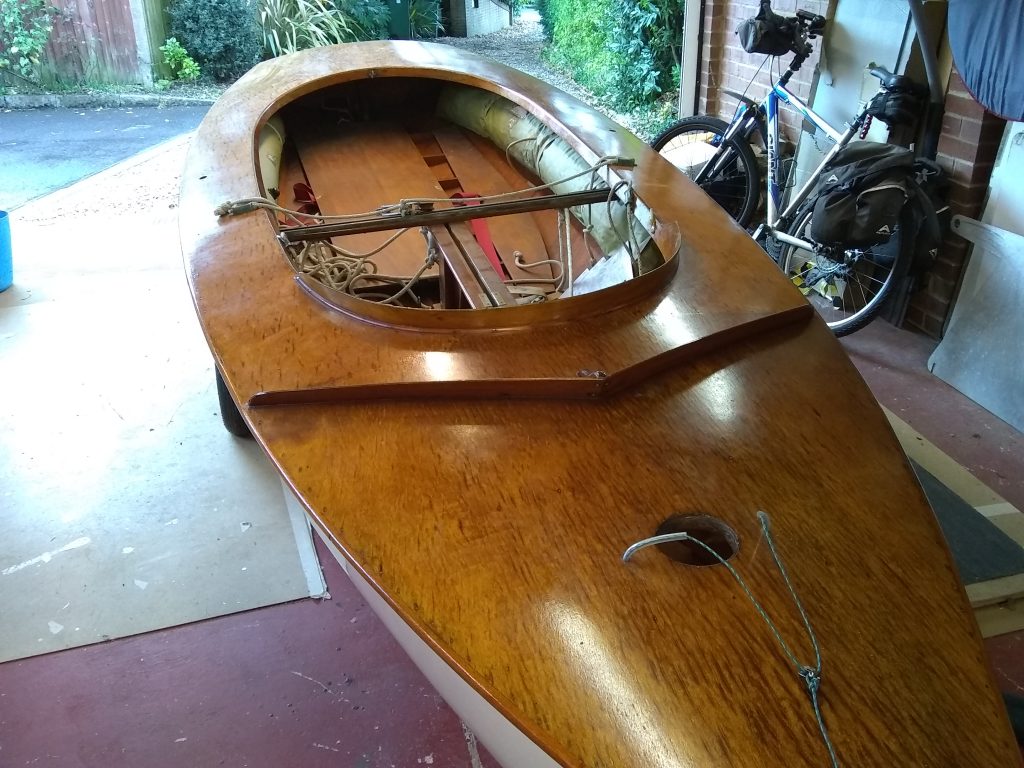 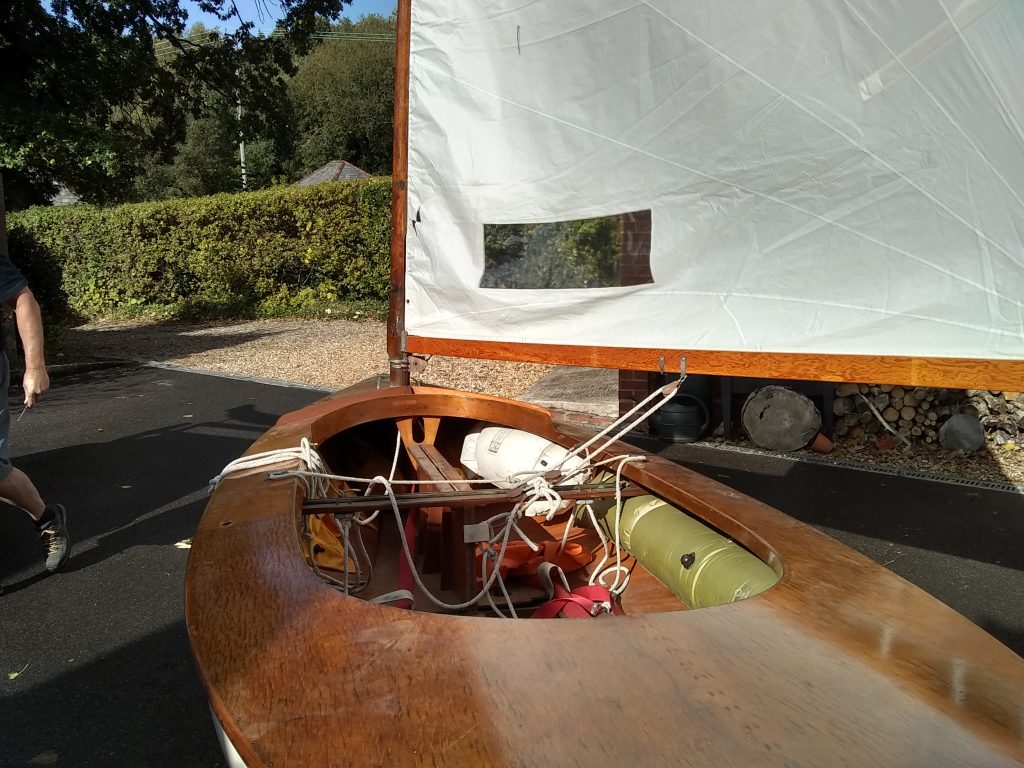 Then, having had one long lost Finn turn up, in August a familiar shaped boat appeared on eBay being advertised as a ‘potential fishing dinghy’! A little bit of record checking showed her to be K19, Elfinn, a Fairey Finn that hadn’t been known of since 1970. She is also in remarkable condition, with 2 wooden masts and what looks like the original sail, and again no modernised controls.  She also now has a new owner who is intending to restore her then sail her in original state of tune. 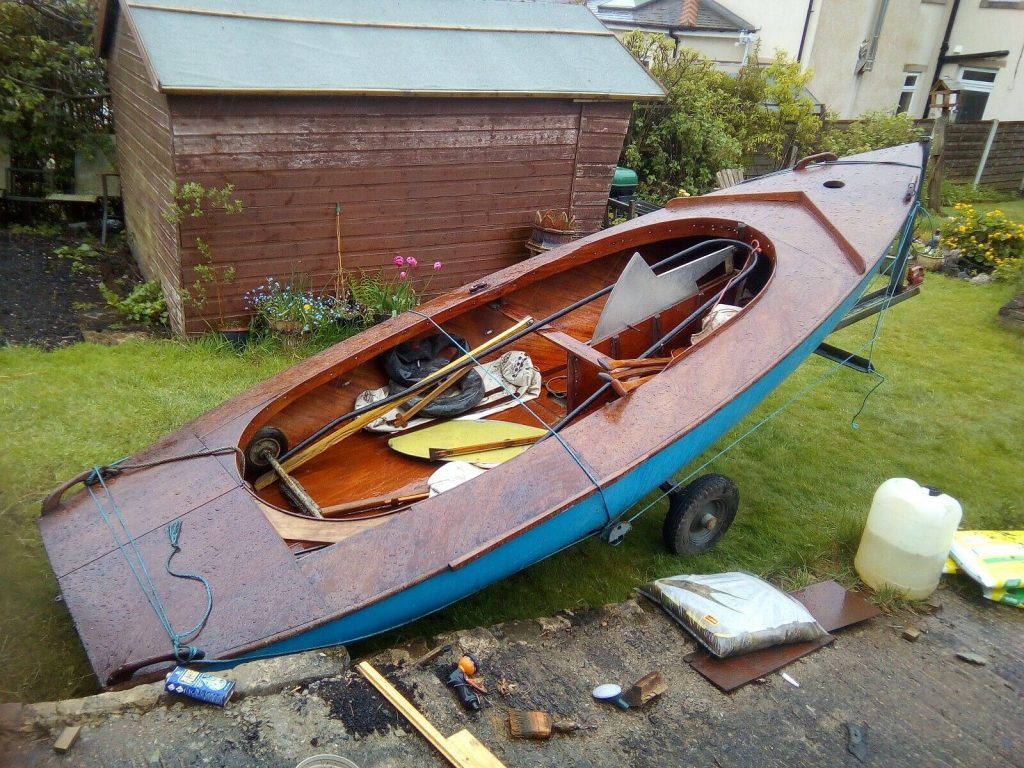 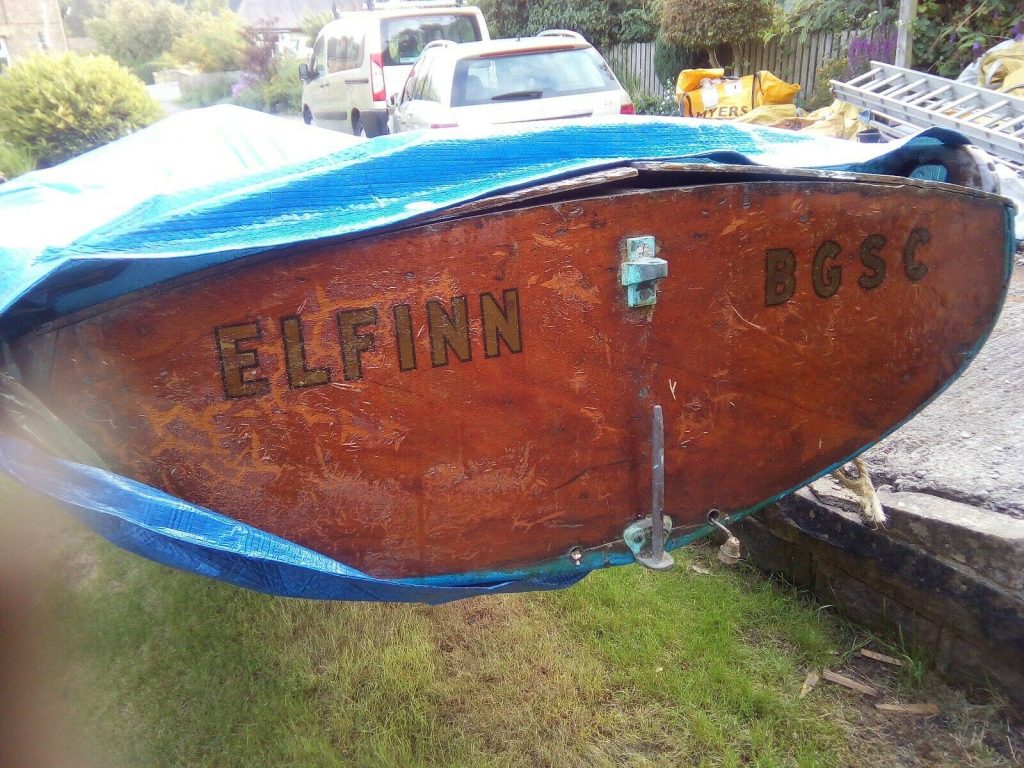 Many Classic Finns race in the Classic and Vintage Racing Dinghy Association (CVRDA) events where they are given a handicap appropriate to their age and condition, so Finns with older rigs which are uncompetitive in modern fleets can race on an even basis. The British Finn Association also make sure older Finns aren’t left out. They run two classes for older Finns; Classic Finns which sail with traditional rigs and Classics with Carbon, which sail with a modern rig on a pre – 1985 boat.  This has been introduced because the older masts, and the Dacron sails to suit them, are becoming scarcer whereas there is a plentiful supply of modern secondhand sails and older carbon masts at reasonable prices.

If you want to know how to rig a Classic with an aluminium or wooden mast, check out the original rigging guide here. Page two of the classic rigging guide can be found here.

Download the Finn hull lines plan here, so you can build yourself a scale model Finn, or Contact Peter Vinton if you wish to purchase the full digital files to build a new wooden Finn. 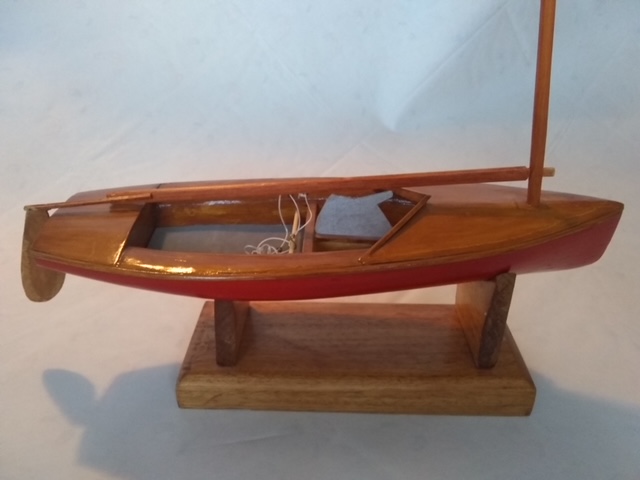 Peter built the above model by enlarging the plans to 375mm long to use them as templates to make the model at 1:12 scale. The hull and tanks are planked in balsa strips.