At the end of a week when successive areas of low pressure passed over the UK leaving strong winds and heavy rain, twenty-two Finn sailors arrived at Warsash Sailing Club for the final BFA open meeting of 2021, to find strong sun and gentle breezes.

In perfect rigging conditions in the early morning sun, Finn sailors tuned their boats for a light wind event. Race Officer Peter Knight scoured the internet for forecasts and called upon local knowledge to get the sailors on the water. However, the news from the race course was that there is no wind. Other fleets in the Solent cancelled their racing and armadas of yachts returned to the River Hamble. At 12:00 with no prospect of getting afloat the days racing was cancelled.

Sunday morning dawned with a forecast that provided everyone with the promise of racing. Following a short briefing the fleet put to sea to sail the 2 miles to the start area off Chilling in the mid Solent. With a light 5-9 knots of northerly breeze and a race course perched on the edge of three tidal zones racing was going to be interesting. It was almost inevitable that in their excitement the Finn fleet would not get away at the first attempt. At least half the fleet was over the start line early. The inevitable general recall was made, and a black flag hoisted for the subsequent re-start. At the next attempt the fleet got away cleanly with most of the fleet tacking early and heading inshore. Martin Hughes stayed on a long starboard tack to the lay-line before tacking around the windward mark just ahead of Dan Belton and new Finn sailor Andy Le Grice. After rounding the leeward mark for the final beat long beat to the windward mark, Hughes was followed up the beat by Howard Sellars. Both had made great gains on the fleet by taking the right-hand side of the run, leaving them first and second, followed by Tim Carver who was closely pursued by the rest of the fleet. 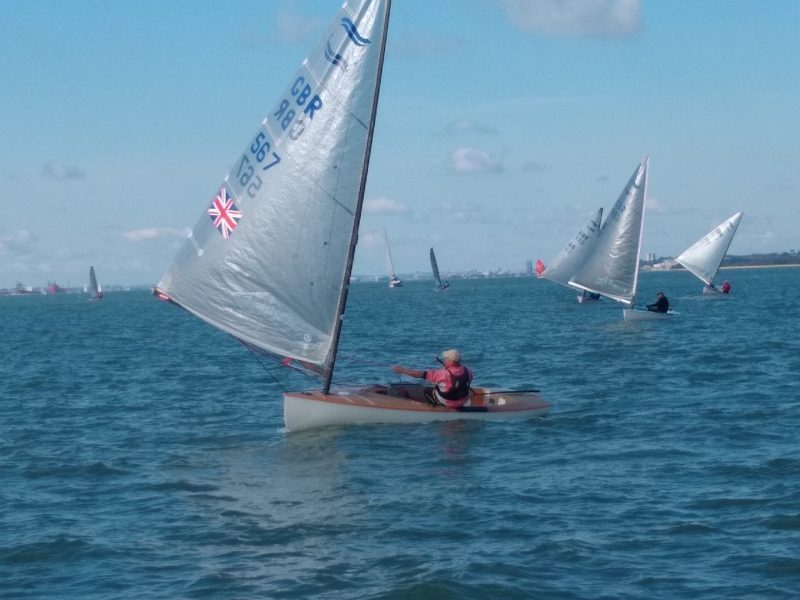 Race 2 started cleanly under the black flag from the beginning. Again, the right-hand side of the course paid but now more sailors were aware of this and most stayed right making better use of the tide. Scottish sailor, Fergus Allen took the lead at the first mark and held that position around the course, but was forced to battle with John Heyes all the way. Mike De Courcy and Martin Hughes in third and fourth watched several luffing battles in the hope vain that the leaders would foul each other, but it was not to be. 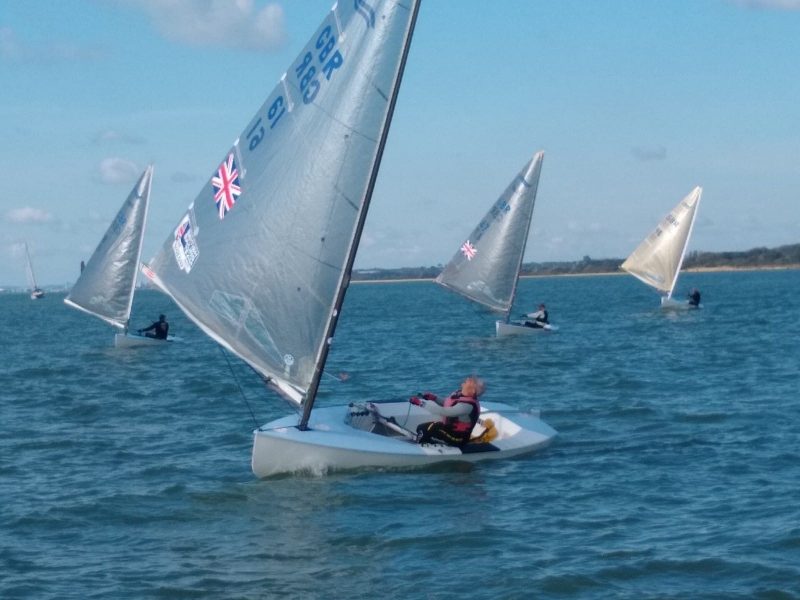 Race three saw the return to over enthusiastic starts, probably aided by an increasing flood tide that saw five sailors over the line in the final minute of a black flag start. The enthusiastic starters included Fergus Allen and Mike De Courcy who were first and second across the finish line, leaving a race win for third placed Martin Hughes and a good second place for Dan Belton.

The sun came out for the final race, which was again led by the on-form Fergus Allen, but closely contested by Martin Hughes and Andy Le Grice, Dan Belton and John Heyes. However, after the first three boats rounded the windward mark for the final time the wind dropped making it difficult for Heyes and Belton to round the mark against the steaming tide. A new breeze filled in from the right-hand side allowing the three leaders to pull away from the pursuing fleet with Allen taking the win from Le Grice and Hughes. 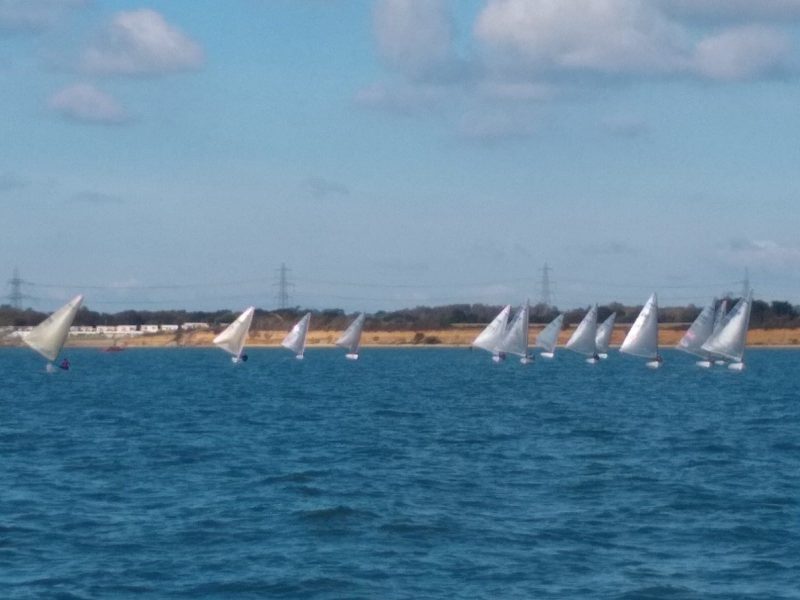 As this event was the last BFA event of the year it was also the deciding event for the National Travellers Trophy series. This prestigious event is the culmination of all seven of the BFA events in 2021 with the best five results to count. The winners in each of the age group categories not only take a handsome perpetual trophy home for the year but they also receive a £100.00 grant which is redeemable against an entry to a Finn World or European Championships in 2022. The winners are: 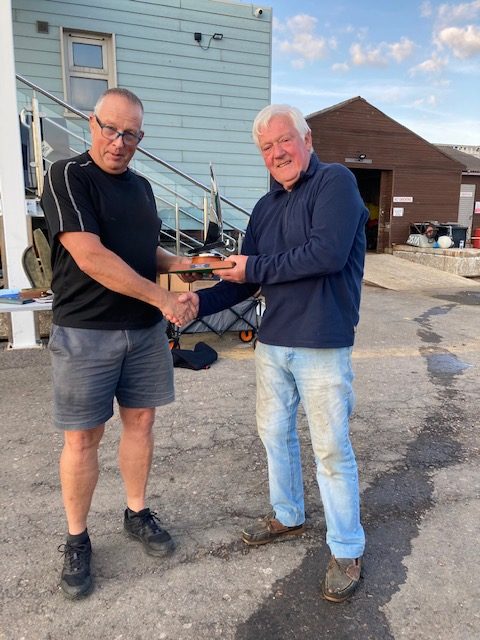 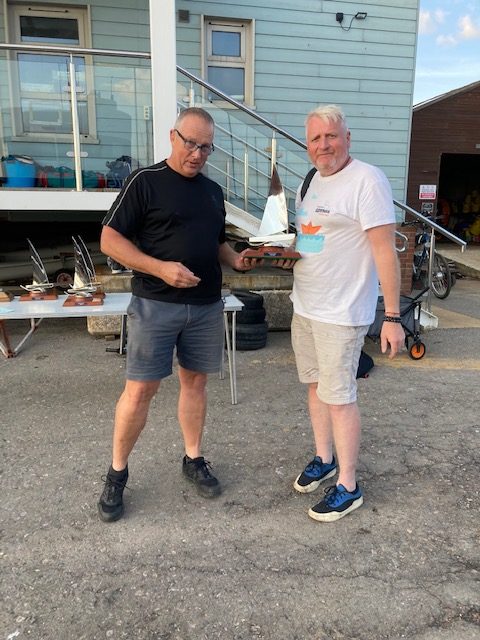 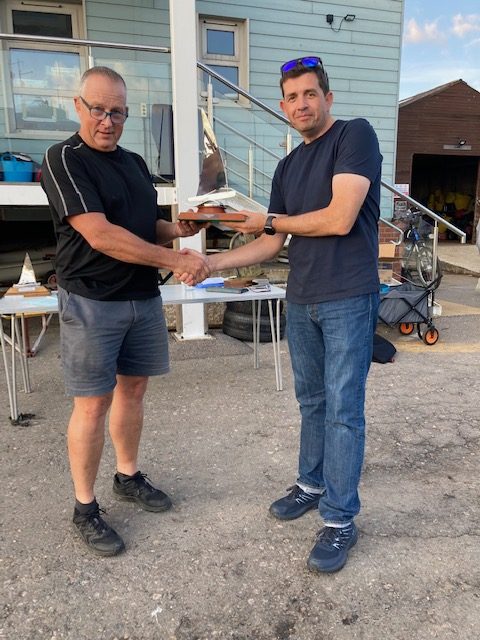 Keiron Holt is awarded the Masters Traveller Series Trophy for 2021 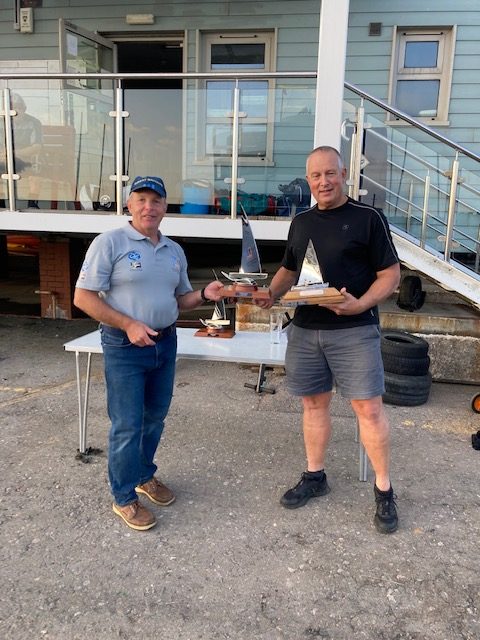