After trailing the leaders all week, the 2015 Finn World Masters champion, Vladimir Krutskikh, from Russia, turned the tables on the fleet to win the medal race and the title as the 2017 Finn World Masters drew to a close in Barbados. Laurent Hay, from France, had his chances, but ended up second, but also took the Grand Masters title as well, while the leader for much of the week and definitely the best sailor here after winning five of his six races, Rafael Trujillo from Spain, ended up third. 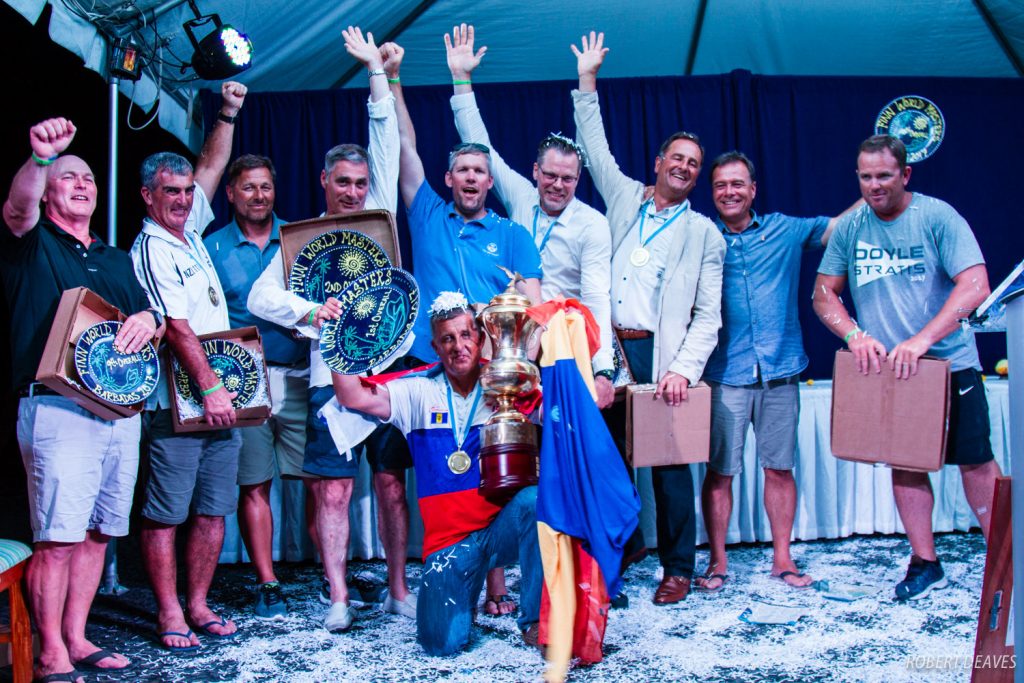 It was another, and the last, day of Finn sailing in paradise. And it was another windy, tough day of challenging sailing in Barbados with big winds, big waves and big wind shifts. It was time for the final showdown. The medal race would define who took home the medals and it turned out to be a dramatic, and for some, calamitous, conclusion to an otherwise perfect week of racing in the Caribbean. 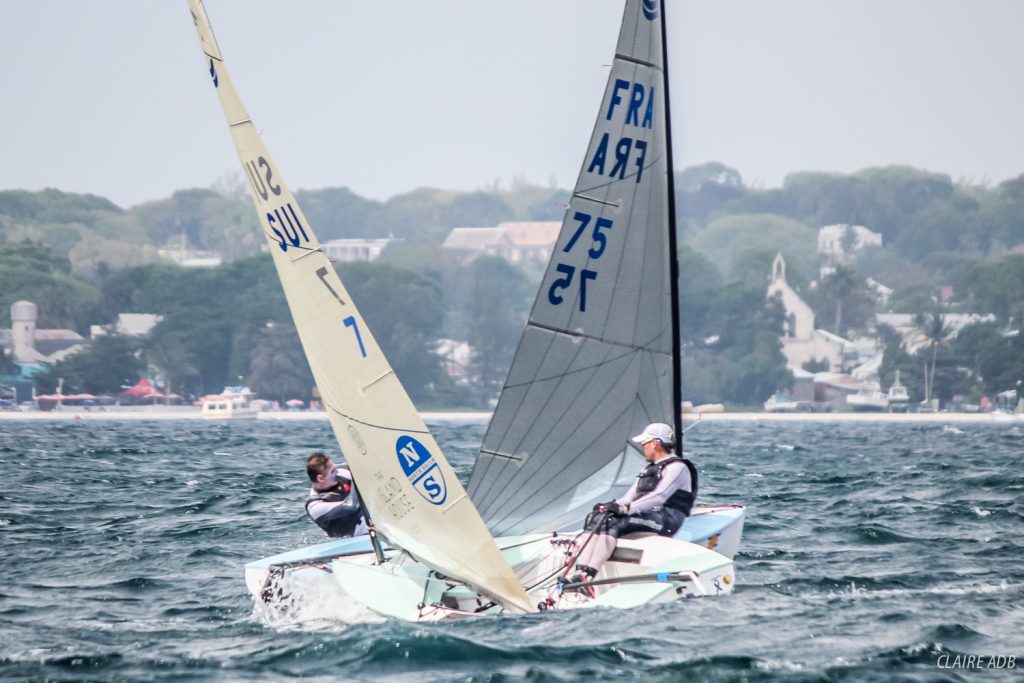 First up was the Final Race for everyone except the top 10. Antonio Poncell, from Chile, dominated the Yellow fleet in tough conditions, with a severe chop upwind and a hairy downwind that makes men out of boys. He was followed over the line by Andre Mirsky, of Brazil, and Michel Audoin, of France, who sailed his best race of the week. The win also elevated Poncell to 11th overall to win the Crutch.

In the Blue fleet, the Scandinavians dominated, with the win going to Johan Wijk, of Sweden, from Lars Hall, of Denmark and Ville Valtonen, of Sweden. The downwind mark had drifted away and was replaced by a mark boat, but several sailors got confused and ended up being disqualified after missing out the final mark.

Then, the ever contentious Medal Race was sailed just off the shore of Carlisle Bay and produced a plethora of wind shifts, overall place changes, mistakes from sailors and general turmoil on the race course with 40 degree shifts and huge pressure changes as the wind pulsated off the shore.

The Swiss got to grips with the first beat with Piet Eckert leading Christoph Burger around the top mark. Laurent Hay was third, enough to win the title, with Rafael Trujillo back in sixth. But Hay fouled Karl Purdie at the top and dropped back. Then three sailors, including Trujillo, picked up a yellow flag for pumping on the first downwind in 16-20 knots as the race committee had failed to raise Oscar flag.

Eckert and Burger led round the gate and back out to the left, while Trujillo picked up a shift on the right to close on the leaders at the top to take back the overall lead. Eckert still led, but Vladimir Krutskikh had also recovered well and just crossed Trujillo at the top. Trujillo ducked him, but made an error and dropped his mainsheet, causing their masts to touch. After doing his turns Trujillo was way back and out of contention. Krutskikh rounded second and found his own private wind down the last run to pass Eckert and take the win and his second Finn World Masters title. Hay crossed fourth to take silver while Trujillo crossed sixth to take the bronze.

For Team GBR Allen Burrell did well to improve his final score to 9th in the medal race whilst Mike de Corcy obviously enjoyed the breezy conditions to claim his best ever World Masters result of 14th, ahead of honorary Brit Kristian Sjoberg ( FIN 201) in 15th and the trio of David Potter, Julian Smith and Steve Hayles in 27, 28 and 29th respectively.

It has been an extraordinary week of first-class Finn sailing in Barbados, and the sentiment as everyone departed was that the class wants to come back sometime in the future. Next year the Finn World Masters meets in El Balis, in Spain, for what is expected to be a bumper edition. 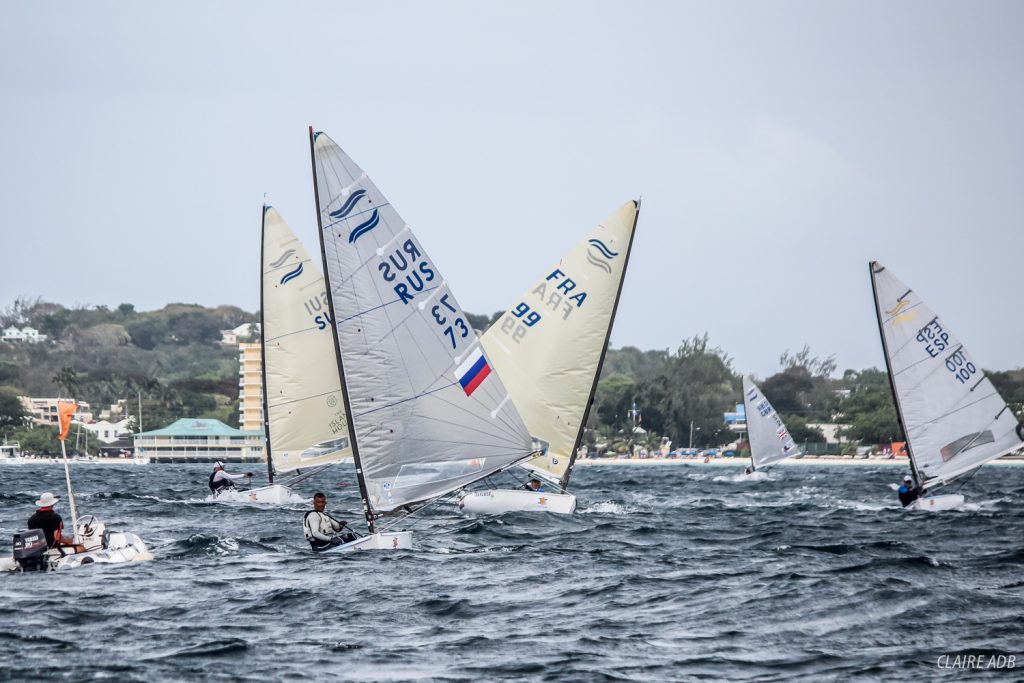