A strong field of 34 Finn Masters gathered at the picturesque Keyhaven Yacht Club on 30th April, for the UK Masters and Open championship. All the title contenders were there, keen to gain some top-flight practice ahead of the UK Nationals, followed by the Finn World Masters in Helsinki.

Race officer Nigel Wallbank, an experienced Finn sailor himself, had ideal conditions to set the windward/leeward course with sun, an 8 knots North Easterly breeze and a high tide. With the tide already beginning to ebb, the first race threw up a tricky tactical choice of heading to the slacker current inshore towards the Lymington reed beds or head out to the mid-Solent for the slightly strong breeze that was forecast to go right all day. 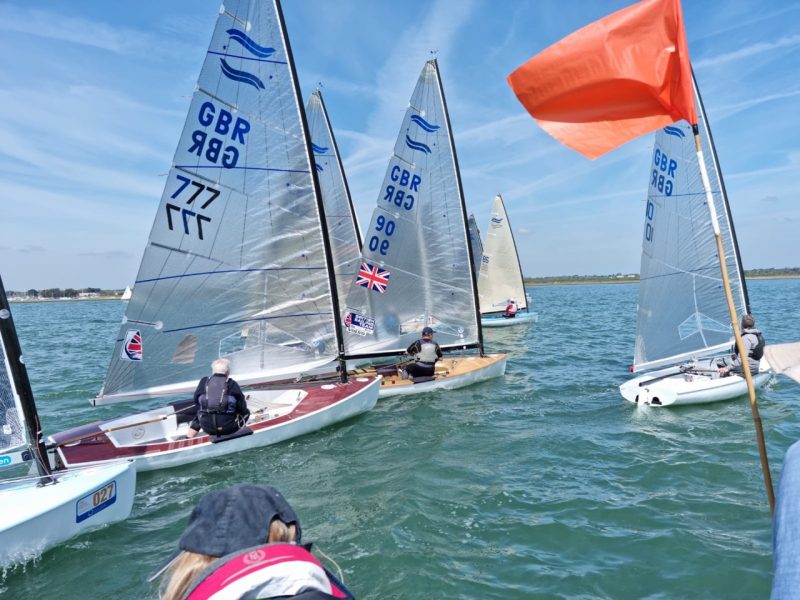 Current UK Masters Champion John Greenwood took the bold option to go right and managed to find enough breeze to round first, ahead of those who stayed further inshore. The Warsash SC pair of John Heyes and Kieron Holt finished in 2nd & 3rd, ahead of the photo finish between Allen Burrell and the only Open sailor (non Master) James Downer. The pair could not be split and shared 4.5 points each.

The ebb was slowly building through race two, and the wind dropped a knot or so, making it vital to make use of every shift and puff. This time it was Kristian Sjoberg who made the best of the beats, rounding ahead of Andy Couch, Heyes and Dave Walker in 4th John Greenwood underlined how tricky the conditions were by finishing in 8th, with several other top names scoring double figures.

By race three the ebb tide was racing out, creating a slow trek to the shore and demanding great judgement in deciding when to head out into the tide to fetch the windward mark. It was Andy Couch who held his nerve out in the tide to pick up more of the steadily south shifting breeze to round first and enjoy the full effect of the tidal gate, followed by John Greenwood and Richard Sharp in third. Further down the fleet, a dramatic shift at the final gate saw a few fortunate boats suddenly able to fetch the finish line, cruising over the top of those who had rounded onto the wind seconds before, to claim useful places. 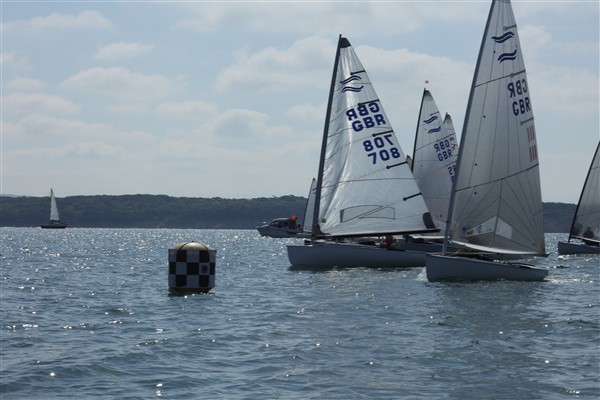 Just as it looked like racing might be over for the day, the wind continued to rapidly clock right and strengthen, shortly setting dead in line with Hurst Castle, allowing Nigel Wallbank to rotate the course almost 180  degrees as a sea breeze built back to 8/9 knots. With the pin end favoured and a strong tide underneath them, several boats overstood the first mark, but it was Lawrence Crispin who judged it best to take the lead, followed by the consistent Kristain Sjoberg and the slightly less consistent Dave Walker, who proved his previous 4th was no fluke by improving his score with a 3rd. The breeze built enough for the race officer to unleash the Oscar flag on the second lap, allowing free pumping for the more athletic sailors to practice newfound skills from their winter training sessions.

Very sadly it was during the fourth and final race of the day that a fatal accident occurred to Richard Blowman. Despite the quick response by rescue teams and the immediate arrival onshore of ambulance crews it was not possible to save him. The whole fleet was shocked and stunned by the news, and following a meeting ashore the sailors all agreed that racing should be abandoned as a mark of respect for Richard and his family and that no prizegiving be held. 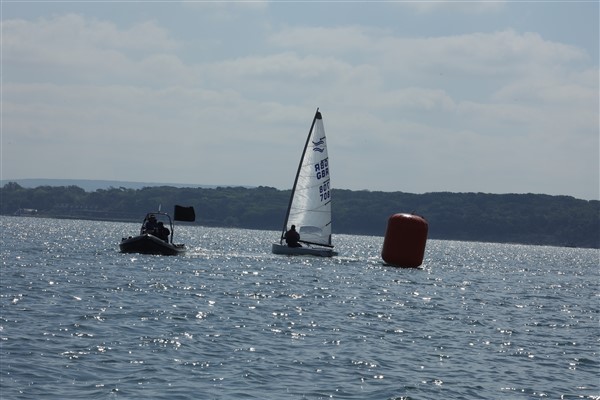 Richard was a relatively new but immensely keen member of the British Finn family who had planned time off work to train for the upcoming UK Nationals and then travel onto the Finn World Masters in Helsinki. His friendliness, enthusiasm and long-held aspiration to race a Finn will be remembered by us all. Sail on Richard… 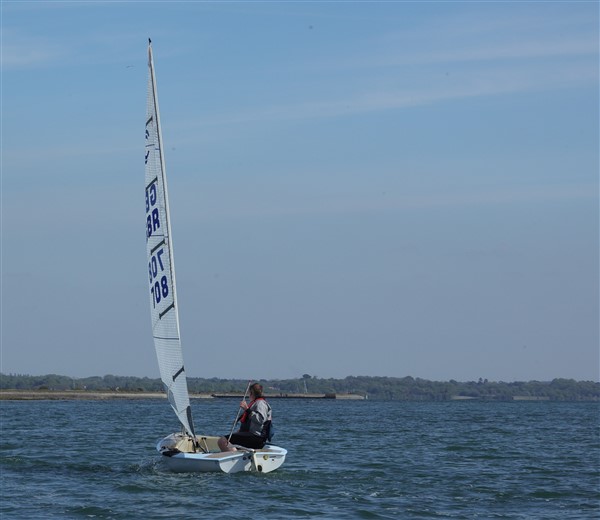