A very light and variable forecast undoubtedly put off many from travelling to Mengeham Rythe for the 2019 South Coast Championships, but the 17 committed Finn sailors that made the trip were well rewarded with close and exacting races.

At the sailor’s briefing, Race Officer Robert Macdonald consulted with the competitors and it was agreed to attempt to hold racing within the harbour with it’s slacker current and wider tidal window, rather than trek out to Hayling Bay against the tide and await a possible sea breeze. Held on-shore with boats rigged, crews enjoyed a catch-up and cups of tea, whilst the weak northerly land breeze died off and the wind swung to the south around 1.30pm.

As soon as a south-westerly wind developed, boats were quickly towed out to the middle of the picturesque harbour and with a true windward/leeward course already in place, racing was swiftly underway. Due to the time constraints, the seasoned race team went straight to a U flag start, which sadly caught both James Downer and Kristian Sjoberg out.

With a minute to go, the 7-8 kts breeze flicked to the left, encouraging John Greenwood and John Heyes to start at that end, but left them struggling to then get to the tidally favoured right hand side, towards the ebbing Emsworth channel. Greenwood managed to round in the first few and worked his way through to take the first gun, from Heyes in second and Fred van Arkel in third. 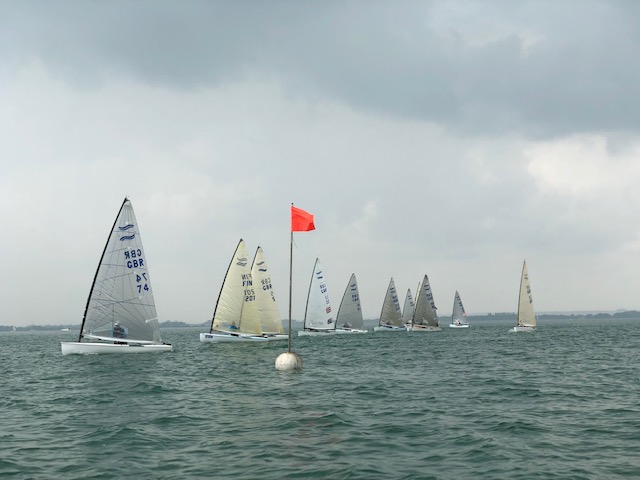 With the harbour plug well and truly pulled, the second race, almost 3 hours after HW, was delayed by a general recall. With the clock ticking, a second race was started with another good beat, but the tidal advantage on the right meant most went that way and there was little opportunity for passing places if you got it wrong. Previous Laser World Champion Lawrence Crispin got it right to take the win from local ace Mike de Courcy and Kristan in 3rd with Greenwood back in 6th place. The final short upwind to the finish saw many boats touch the bottom of Pilsey Sands and the Committee Boat had to use full thrust to crawl back to Mengeham creek before the water finally run out. The whole fleet managed to sail back to the club with minutes to spare to avoid a free mud bath – the race committee providing the full value of the entry fee!

A few beers were taken in glorious sun on the balcony whilst the club served a welcome stew and sailors toasted Giles Scott’s victory at the Europeans a few hours earlier.

Sunday arrived with much the same forecast, and again Robert Macdonald wisely kept the competitors ashore, before a southerly wind promptly sprung up at noon as the skies cleared. With HW at 12.43, Race 3 was held in near perfect slack tide conditions, which gave both sides of the course an equal opportunity. Sniffing out the small wind shifts in the comfortable 8 knot breeze become the telling factor and with the lead changing several times, it was John Greenwood to finally crossed first, followed by John Heyes and previous Finnish Olympic campaigner Kristian Sjoberg. 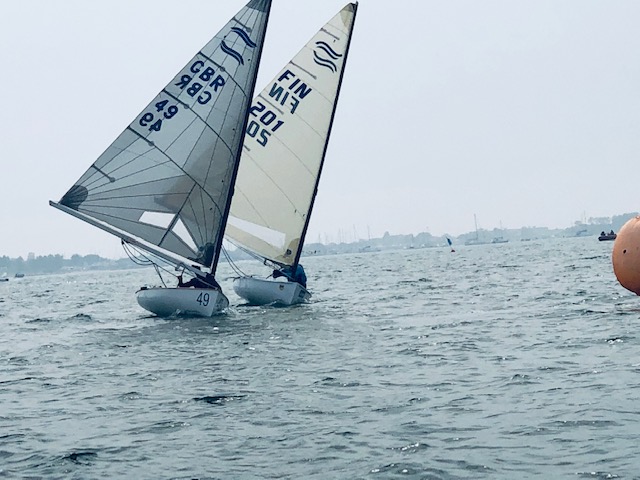 Race 4 started on the now ebbing tide and James Downer was the first to venture hard right and was rewarded with a good lead. Super Legend Richard Hart showed all of his 60 plus years Finn experience to round in the top 3 and gave the younger Masters some work to do get past. Lawrence hunted down Jim Downer and with strong upwind pace piped him by half a length on the line, much to Downer’s dismay. Heyes followed in third, with Allen Burrell clearly now getting used to yet another new boat, pulling up to 4th. 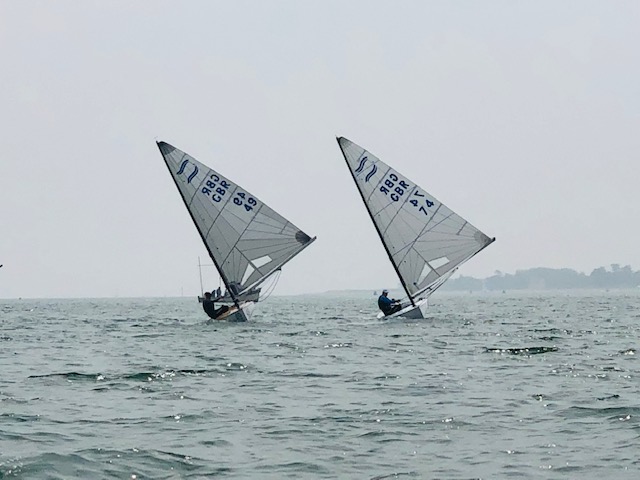 With the luxury of a discard now available the results were intriguingly poised, with the top three all Petticrows boats. The conditions obviously suited BFA Chairman Heyes, who with 12 points was marginally ahead of previous World Masters Champion Greenwood on 13 and Seoul 1988 Finn campaigner Lawrence Crispin with 16, (who had a costly 9th after over standing the finish line in race 3).

Naively not aware of the points situation, Heyes was surprised when Greenwood tacked tight under him pre-start in the final race and wondered what was going on. With a poor start, the Chairman’s prospects were further dented as his halyard slipped out of the lock on the first beat, dropping him to the back of the fleet. John Greenwood then battled his way to the front with good positioning downwind, managing to hold off the close attentions of the light airs experts Sjoberg and Downer to take a final deserved win. 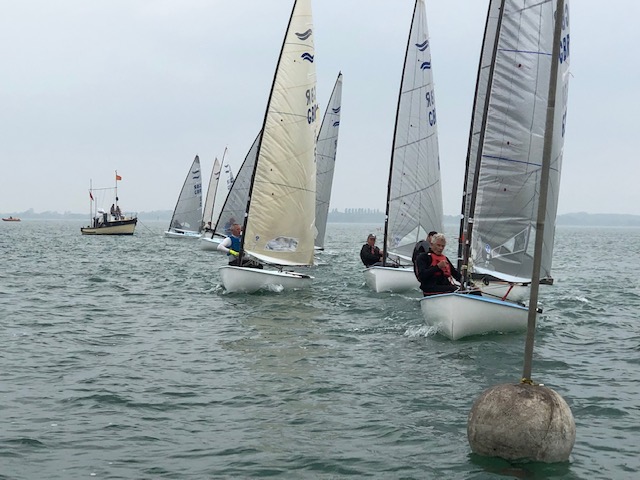 This time the fleet made it back to the club with water to spare to enjoy a generous Mengeham afternoon tea in the sun. 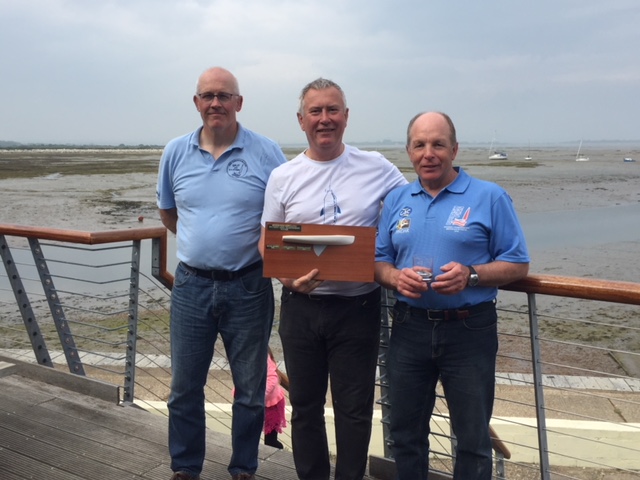 John Greenwood added the smart new Southern Area Champion trophy to the Northern Championship trophy he recently won at Yorkshire Dales SC and gracioulsy thanked Graeme Macdonald, the race team and club for the hard work of all the volunteers and the very warm welcome Mengeham had provided.