As named storm Evert battered the southwest and southern coasts of the UK, British Finn sailors listened intently for news of Giles Scott’s progress in the Olympics. Things were really looking much better as Finn sailors gathered in West Riding Sailing Club for the 2021 Northern Championships. A good cross section of sailors from across the UK rigged and readied themselves for the Championships on Wintersett Reservoir five miles south-east of Wakefield.

Following a briefing from the Commodore and Principal Race Officer that the course would be a windward leeward course with a split gate at the leeward end, which would be shortened to hit a time limit of 40 minutes, the sailors set out for the first two races before lunch. The forecast despite the storm in the south of England was for light winds, but the westerly force 2-3 did not disappoint, providing a good windward leg maximising the available water.

Race one got away cleanly with Martin Hughes from Warsash showing a clean pair of heels to the fleet half way up the first leg and pulling away on the first downwind from the two boats who were close behind. Soren Vonslid finished second with Ivan Burden close behind in third.

Race two followed a similar finishing format and was a repeat of race one except Guy Cockill finished in third. The sailors and race team had the luxury of time ashore for lunch. The Club members did the sailors proud with a two-course lunch, of jacket potatoes and chilli with apple pie and cream for desert. 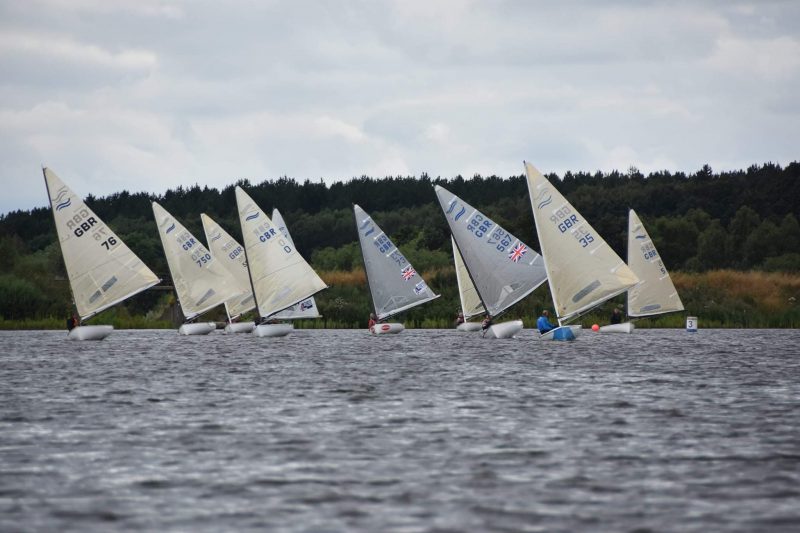 Afternoon racing resumed with a further three races. Buoyed with enthusiasm and lots of apple pie the fleet enthusiastically pushed the starting sequence and forced a general recall. The second start was clean but the gusty, shifty wind provided a stiff challenge. Dave Walker led at the windward mark but was overtaken downwind by Martin. The two had a close fought battle as they played the shifts up and downwind. Martin Hughes prevailed over Dave and Fred Van Arkell.

Race four saw a freshening breeze accompanied by some bigger holes in the wind. The left had side of the course became the favourite with Martin Hughes again taking the honours with Dave Walker taking second and Ivan Burden another third place.

In view of the forecast for a very light northerly on Sunday a fifth race was sailed, again the left had side of the course prevailed as the wind shifted again to just south of west. Yet again Martin Hughes showed his capacity to cope with the shifty conditions and won convincingly again followed by Dave Walker and Fred Van Arkell in third.

Sunday dawned in perfect accord with the forecast, damp, drizzle and no wind. The fleet keen to get afloat waited for the Race officer to return from laying marks to be greeted with a postponement. This was inevitably followed by cancellation as there was no likelihood of any wind. Martin Hughes was then presented with the Northern Area Championship trophy by the West Riding Commodore. 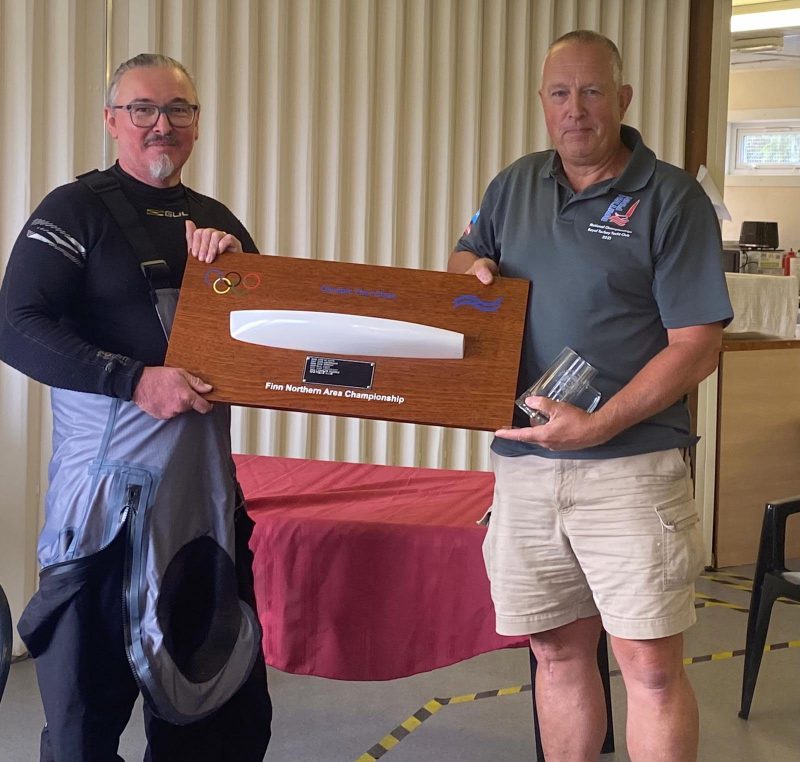 West Riding Sailing Club were the perfect hosts providing excellent racing and most importantly of all a veritable feast at lunchtime on both days.

Final Results with one discard