Oxford Sailing Club put on a superb event for 30 travelling Finn sailors. Once again the Finn showed that a classic design can attract a broad spectrum of competitors from the over 70`s happy to be sailing, to the young Under 23 team hungry for sailing success, and just about every age and level of ambition in between..! 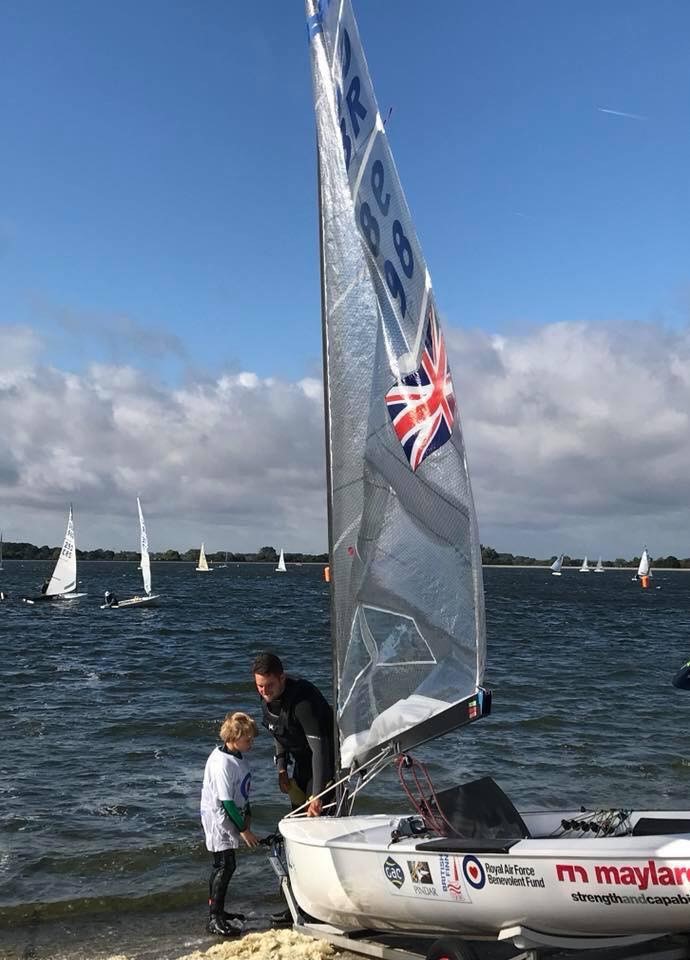 The weather was pretty much perfect for the two days with breeze ranging between 8 to 15 knots, with some hefty gusts catching out some of the fleet at various stages during the weekend. Most notable was young Jack Acton who came off worse during a gybe and as a result required a number of `Oxford Generals` finest stitches. Peter Vinton was also caught by a gust and will be spending some time making repairs to his classic..

The racing was close throughout the fleet although inevitably the U23`s led the race to the top mark although it was not always going their way. Martin Hughes with his `blue badge` put in a stella performance to led the fleet round for race 4, only to be passed later on a downwind leg, no they weren’t smiling Martin ..!

At the front of the main fleet it came down to a dual between Callum Dixon and James Skulczuk, with James winning on countback after some very close racing between the two of them.

In the classic fleet Peter Blick of Christchurch Sailing Club came out on top after some challenging racing, John Barnes of East Cowed SC came in a valiant second. 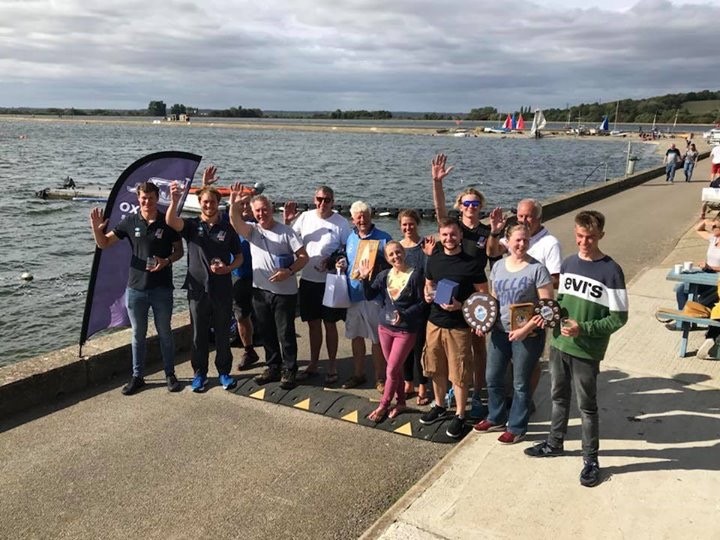 At the prizegiving the host Jonathon Tweedle aka Bruce Willis was able to hand out a prize for all competitors which was a great end to a great weekend.

Inland champion James thanked the PROs and their Race Teams, the Safety Boat Crews, Hacketts Harbour, the Results Team, the Pirate Parents that ran registration and of course the Pirates for their Stirling work on the beach assisting competitors in and out of their boats.