It was highly likely that the East Coast event at Harwich Town Sailing Club which counted as the third event in the national Travellers Trophy series, held over a Bank Holiday weekend, would provide a challenge to the Finn fleet.

A small but highly competitive feet of 10 sailors assembled on Saturday morning with most of the main protagonists for the Travellers Trophy present. Problems with an early morning closure of the Dartford Bridge meant several southcoast sailors turned back and went home after lengthy delays. The forecast overnight on Friday was for light winds on Saturday with slightly stronger breezes for Sunday.

Saturday dawned bright with a light offshore breeze that slowly swung round to cross shore at the sailing club by mid-morning. Race officer Martin Pavey took control at the initial skippers briefing, clarifying the normal questions about ‘do we have to go through the start line on every round with aplomb. Now with clear orders the fleet went afloat and sailed around the breakwater into Dovercourt Bay to find the windward leeward course already laid and a race team eager to get the fleet away. With no effort and no recall, the fleet were away first time in 6-9 knots. Martin Hughes tacked early from a committee boat end start and led the fleet followed by Lawrence Crispin and John Greenwood at the first mark. He extended his lead on every subsequent leg to win by several minutes. The second race followed a very similar pattern but with Allan Burrell taking third place. The final race of the day again started cleanly, but this time Allan Burrell battled with John Greenwood to take the win with Lawrence Crispin taking third. 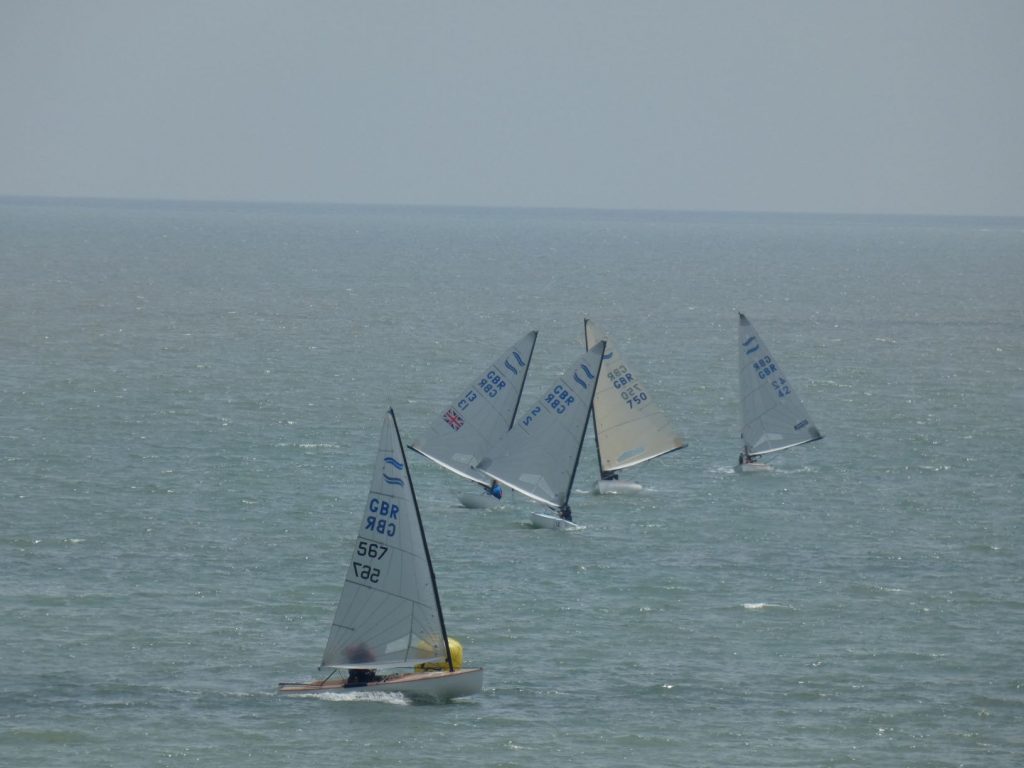 As the sailors landed on the beach in front of the sailing club an army of members descended to the waters edge to prepare launching trolleys and assist the sailors to get their boats up the beach to the dinghy compound.

That evening at Harwich Town Sailing Club, the sailors were treated to an Andy Pels all you can eat BBQ. An extensive array of food kept the sailors busy as they polished off the sausages, burgers, salads and pasta.

Overnight four boats were in contention for title, so there was all to play for in the increased breeze of Sunday. The first race, with the Oscar flag flying from the start, saw a small group of boats at the pin end making sure Marin Hughes was over the line before the start and had to return with the only individual recall of the weekend. This left John Greenwood and Allen Burrell to fight for line honours which were taken by Allen Burrell with Lawrence Crispin in third. Race 5 again saw a similar battle between Burrell and Greenwood with end with the same effect. The final race saw an increase ins wind strength to about 20 knots, with John Greenwood taking line honours. 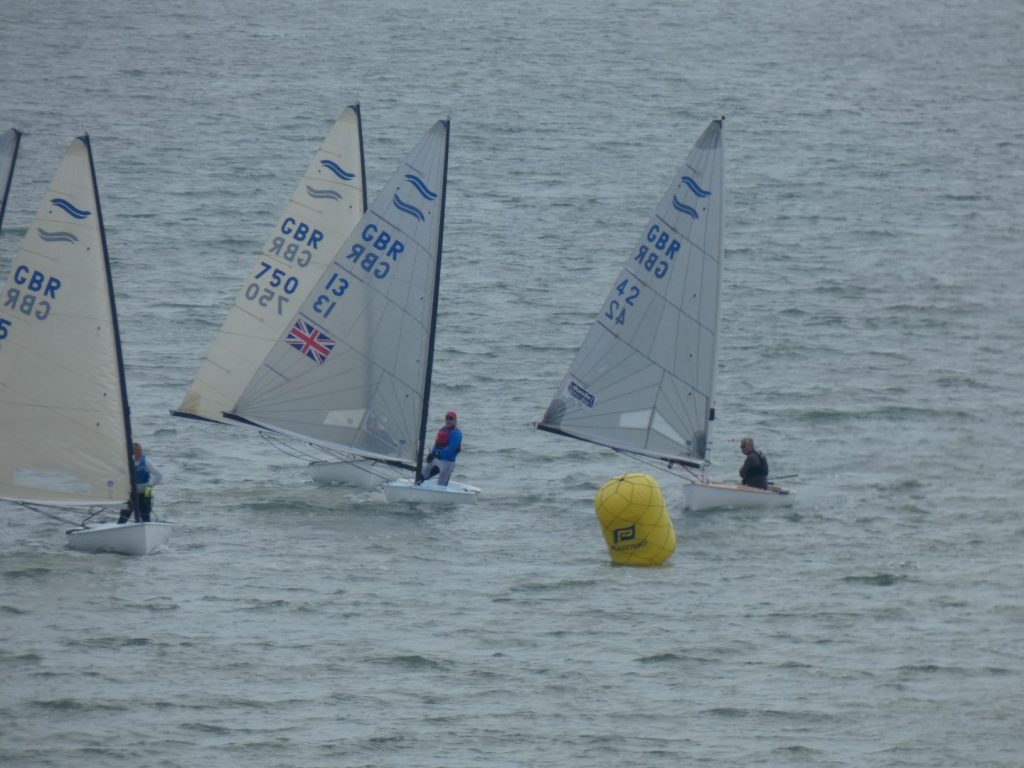 At the final tally Allen Burrell was crowned as the winner with Lawrence Crispin second and John Greenwood third. Another fantastic event hosted by the excellent members of Harwich Town Sailing Club and their great team of volunteers.