Christchurch Sailing Club welcomed visitors and several of its own Finn sailors to compete in the first event of the recently created BFA Finn Spring Series. Paul Butler the race officer briefed the sailors on personal hygiene and ensuring as safe distance between each other was maintained throughout the day!

Onto the water and 14 competitors worked their way into Christchurch Harbour under sunny skies, for some this was their first sail of the year as the recent poor weather had taken its toll on club racing.

The first of six planned races got underway in just over 10 knots of breeze. James Downer who had travelled from the Isle of Wight for the day showed a clean pair of heels to the rest of the fleet and led from start to finish from John Heyes then Richard Sharp in third.

The second race got underway following a minor course change as the breeze had shifted to the west. Richard Sharp for Bough Beech SC this time led from the start to take the win from James Downer who recovered from a poor start to take second place and John Heyes in third. 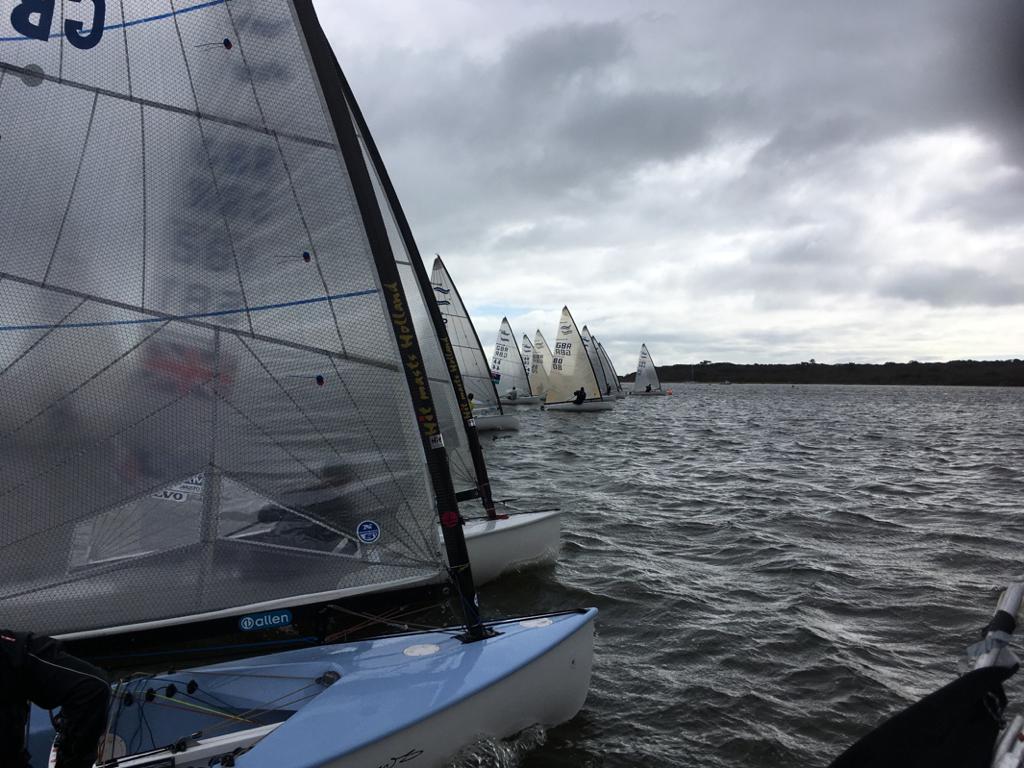 The third race got under way in a building breeze and with the line adjusted Simon Percival from Christchurch SC started at the pin end and took the win from Ray New and James Downer. The races were all around 20 minutes each, with time for 3 laps of a windward leeward course which put strong emphasis on good starts and tight mark roundings. The quick turnaround, high intensity racing certainly served to keep both the heart rate and body temperature up!

The breeze remained in the mid-teens for the fourth race and again Simon Percival led from a start at the pin end to cross the line in first place from Richard Sharp and James Downer.

Further down the field it seemed some of the fleet had not taken on board the race officers comments about keeping a safe distance apart, with several `noisy` mark rounding’s possibly because of the tight windward leeward course!

The fifth race started as the tide had started to drop as well as the breeze, which brought into play a building current across the course. James Downer took the win from Simon Percival with local sailor Alex Atkins crossing the line in third.

So, to the final race of the day, the fleet has reduced in numbers as it had been tough work on the water. James Downer took the win once again from Richard Sharp and Simon Percival in third.

The fleet sailed back to the Club for some well-earned food and drink, it had certainly been tiring on the course for sure.

At the presentation Richard Sharp was overall in third place, Simon Percival in second and James Downer in first place. James thanked those for making the visiting competitors welcome at the Club and the race officer and escort crew for turning around 6 well managed races within Christchurch Harbour. 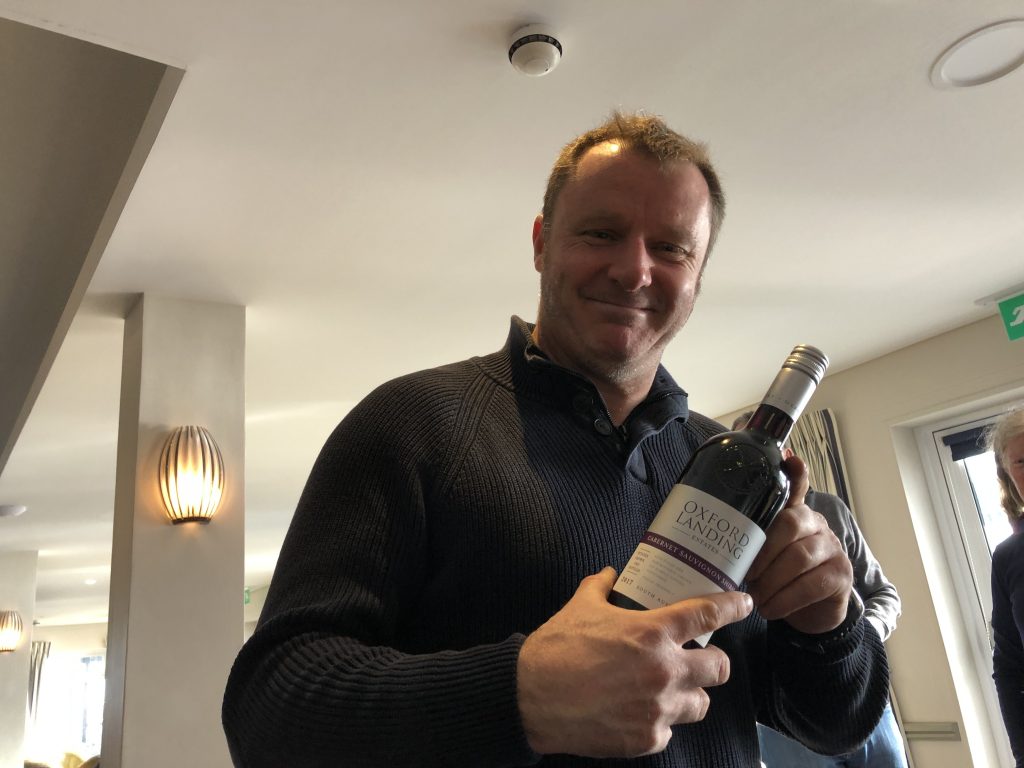 A welcome & successful return for Richard Sharp to the BFA circuit, finishing 3rd.

James Downer receives first prize and thanks the organisers for a great day’s racing.

Many thanks to the team at Christchurch SC for putting on an excellent day’s racing despite the current Coronavirus crisis – the healthiest and safest place to be right now is out on the water in your Finn!

Don’t miss the next one-day event in the series, the Hamble Warming Pan, on 29th March, followed by the series finale at Bough Beech SC, April 4th, where the series winner will be presented with the new Creagh-Osborne silver trophy. 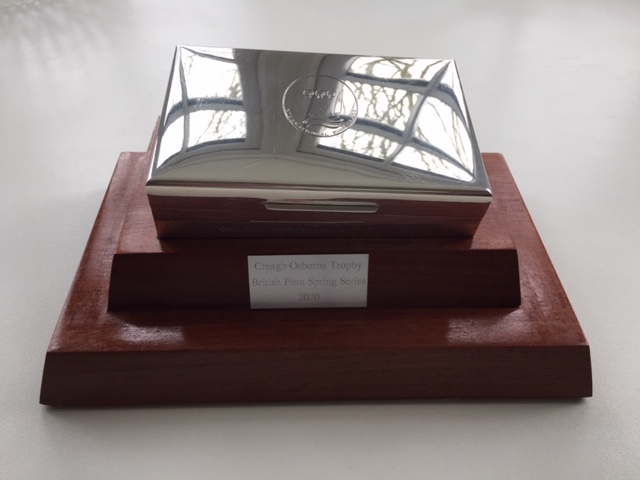