Henry started the day at 9am sharp in the dinghy park, going boat-by-boat and taking each sailor through their rig set-up – using the Finn Tuning Guide | North Sails as the baseline.  Henry pointed out the importance of calibrating settings, and ensuring gauges were set to zero – not everyone’s was.

By 11am there was enough wind and water to go afloat. The session started with 11 knots of breeze with Henry running follow-the-leader drills that shifted to upwind and downwind speed work.  During the speed work, Henry was close at hand taking video, and providing feedback on settings and adjustments.  Speeds started to match as more runs were undertaken – though it was evident Al Burrell has found an edge downwind with his new technique.

5 short windward/leeward races followed; still in around 11 knots that was starting to shift right with the sea breeze having an effect.  Henry continued videoing and helping with technique – some good/some bad – particularly at the starts, where not everyone managed to stay in their boat!  Racing was tight on the one-lap course with a couple demonstrating a speed edge. 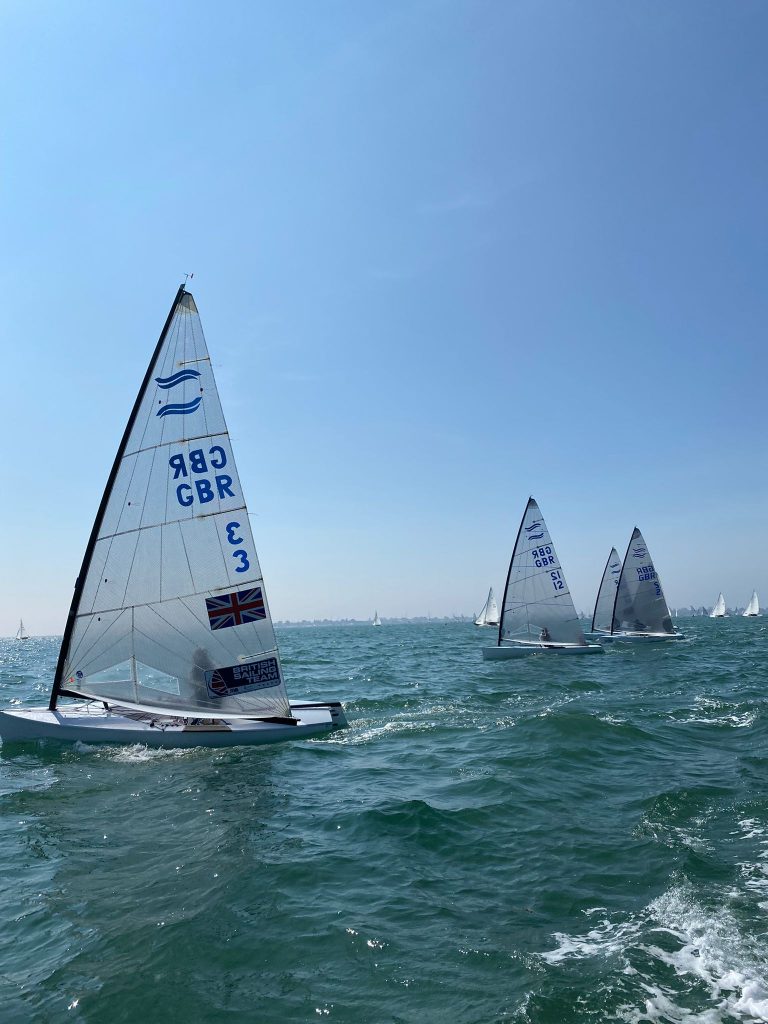 The day ended with a de-brief where everyone shared their own thoughts on how they were sailing and gave feedback to others.  Seeing video of sail flying shapes was super-helpful; as was observing 1) upwind heel angles, and 2) pumping and steering techniques downwind – everyone could see how they could improve.

Special thanks to Henry, and Andrew Wylam for driving the RIB.  Special thanks also to BFA for supporting the day, and to MRSC for hosting.  There is much to be gained from coaching at this level and Henry – with his calm and patient approach – is very good at it.  Everyone felt they learned a great deal that they hope to remember to put into practice at upcoming events.