A great weekend was had by the sailors who came to Finn, Laser and N12 Open at Solway Yacht Club, on the picturesque Solway Firth, just over the border in Scotland. Small entries meant a combined start on both days, three races on Saturday and Sunday. 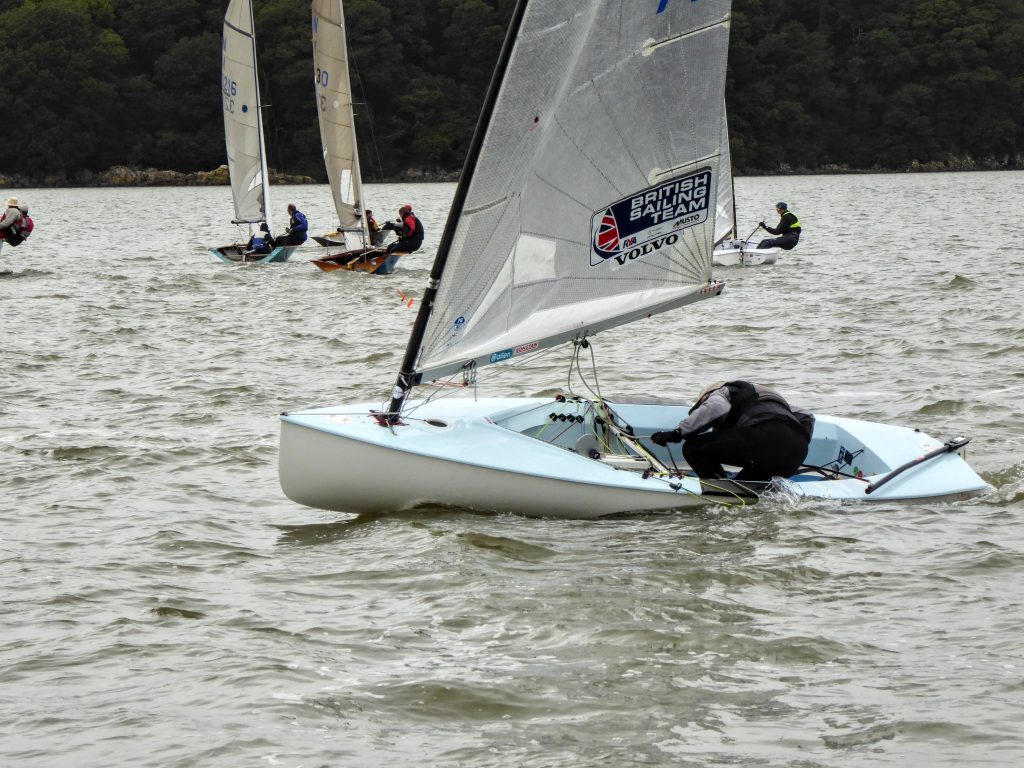 Race officer Lindsay Tosh and Willie Patterson set olympic triangle sausage course which provided exciting beats, reaches and runs in a squally, shifty wind on the Solway. With forecasts predicting up to 30 knt gusts the course was arranged in mid estuary for the variable South Westerly breeze. Thankfully the gusts were lower than forecast whilst still pretty strong.  John Colegrave (GBR 745) missed the first race coming down from Aberdeen then promptly won race 2 and 3 with his command of the gusts and shifts, whilst Stewart Mitchell (GBR 77) chased him as hard as he could –  nearly gaining overlap on leeward mark a couple of times. 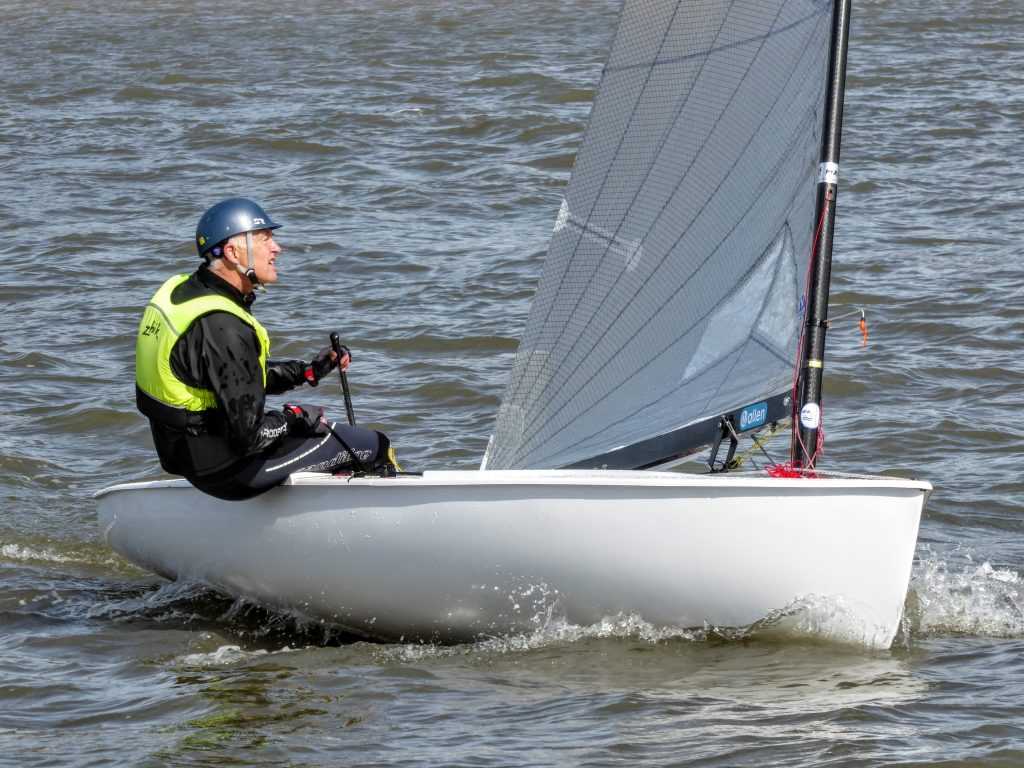 The competitors enjoyed a great social and meal on Saturday night with all sailors from all the fleets and club support team and families.
Sunday was forecast to be light but thankfully a decent breeze filled in from the W/ NW giving three short triangle courses on flat water and providing tactical racing in the light breeze with occasional decent winds.  Despite Stewart taking lead in race 4 John returned to winning ways and took race 4 & 5.  In the final race the wind went very light and Stewart managed to overtake on the final run to pip John at the line. 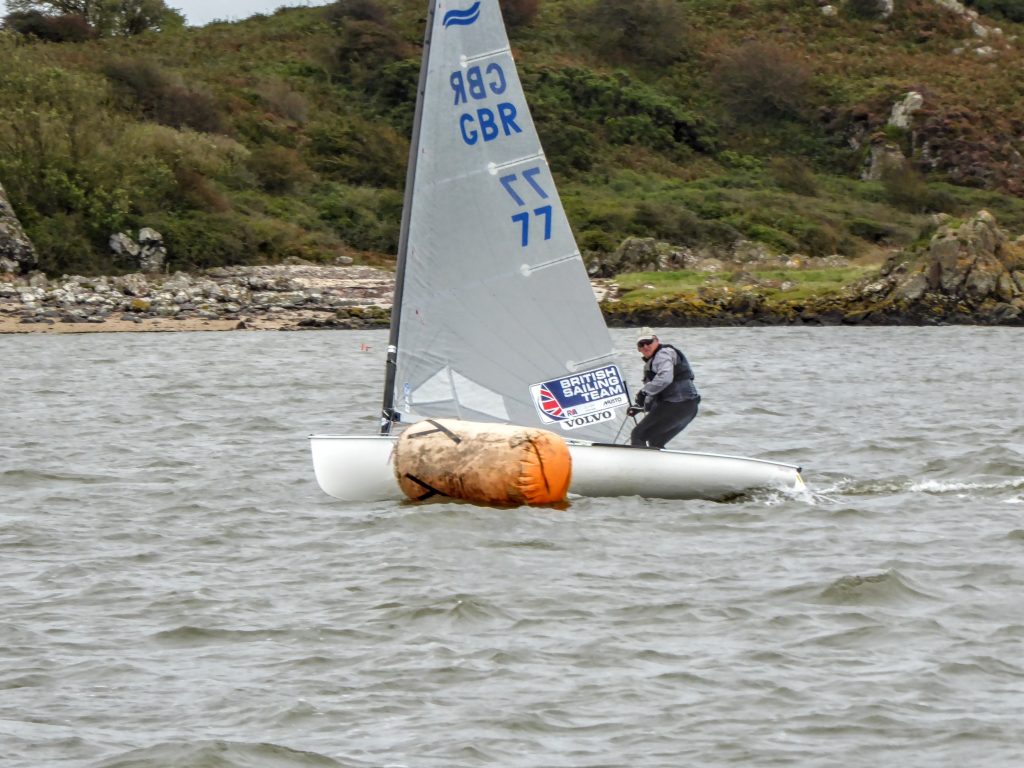 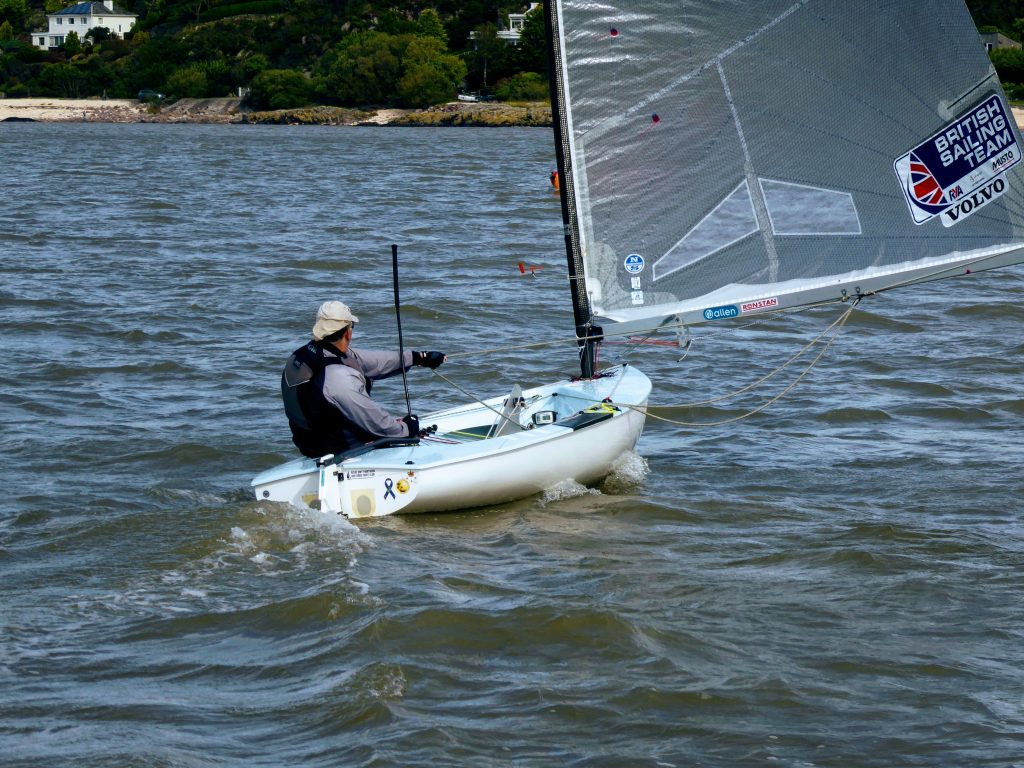 A very enjoyable weekend, such a shame ony two Finns came to enjoy such a nice sailing area and hospitable club.
Report by Stewart Mitchell