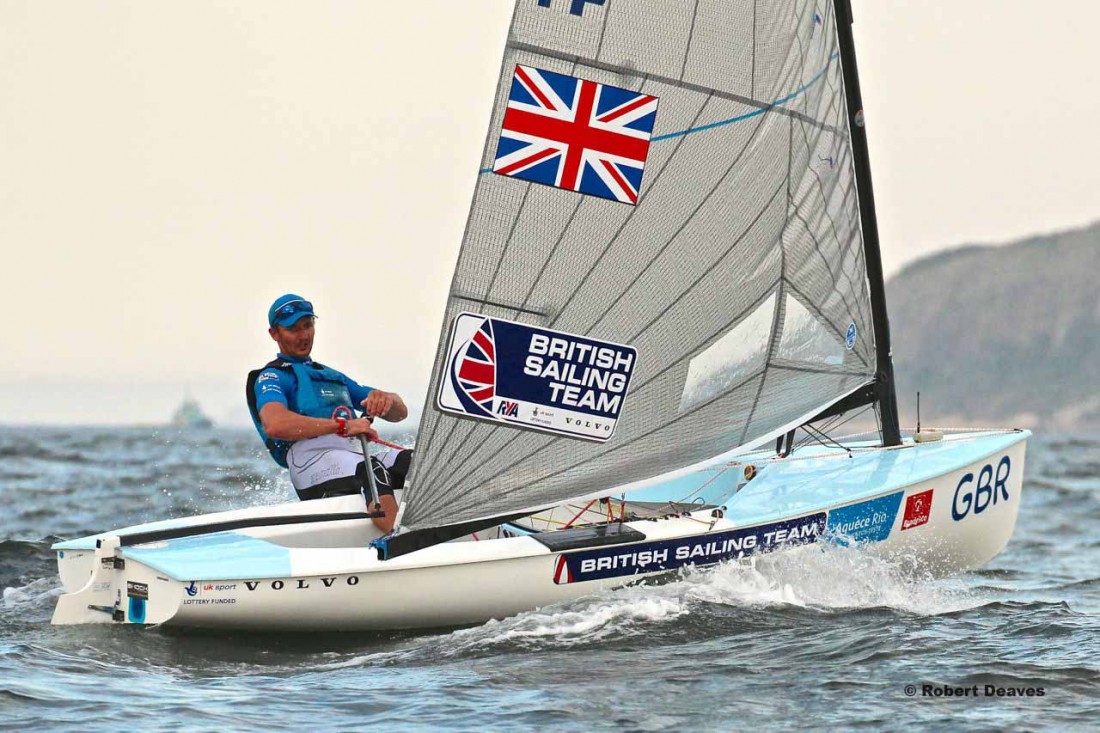 It was the third day running that an attempt was being made to run the Finns on an outside course, and this time it was successful. However, while the other fleets inside the bay got away on tine, the Finns were again postponed onshore waiting for the breeze to arrive outside. The fleet was finally released just after 14.00 and just completed two races just before sunset, finishing the final race in twilight conditions at the sun set behind Corcovado and Sugar Loaf, making for a spectacularly golden ending to another long day in Rio.

Zsombor Berecz (HUN) was first round the top mark in race 4 from Frederico Melo (POR) and Scott. Josh Junior (NZL) moved into the lead downwind from Scott and Melo, but Scott made the best of the second upwind to lead down to the finish from Junior and Lobert, who had rounded the top mark in ninth.

Egor Terpigorev got off to a flying start in race 5 and was never headed, leading the fleet at every mark, though the chasing pack closed up on the final downwind. Ivan Kljakovic Gaspic (CRO) was in second placed round the first lap to allow Lobert into second. Scott rounded in third and stayed there throughout the race to cross just behind Lobert.

The wind had started to drop with the sun and with Oscar being dropped at the final windward mark, the run to the finish was a tense affair in the sizeable swell, with several boats getting a yellow flag for being a little too over enthusiastic.

Terpigorev said of his win, “I enjoyed the race because everyone in the race is a pretty serious guy. In the last race I was just a bit lucky. I started at the pin and after 200 metres I tacked to cross the fleet and was fast enough to do this, and after that it was easy, because when you are first it’s easy to stay there. I am really happy to win in this fleet.”

Scott had the best day of any of the fleet to move up to fourth, but still six points off the lead. He said, “I felt that I had quite a good understanding of what was going on out there and when we got out Matt [Howard] and I came up with a bit of a plan and fortunately it was the right plan and I was able to execute it. For the first race it was to try and play the right hand side, but a lot of the good guys ended up thinking the left would be good. PJ fell short on that unfortunately. And the second one there were some left flicks in it, but still favouring the right hand side and I managed to get a clear lane out there and rounded in the top three or four and that was kind of it really.”

“They took the pumping flag down for the last run and with me having two yellows already it’s the last thing I wanted to see. So I went down the last run very cautiously. I had a bit of scare when Ivan got flagged next to me at the bottom of the final run. It’s something I am going to have to deal with for the rest of the week, but actually there are quite a few people picking up flags out there so I don’t think I will be on my own in that.”

On what the rest of the week will bring, “Tomorrow I think we are going to see some frontal stuff with perhaps some rain, so will be a big change in the conditions. And I think it will be gradient but I don’t know where from, and there might be thunderstorms tonight so we’ll have to see what comes through for the morning.”

On his week so far, “It’s been a slow start to the regatta, particularly for me as I didn’t sail that well on the races down at the bridge course, so that was pretty frustrating, but it’s good to get a good day done today and be in the mix for the rest of the week.”

On Thursday, three races are again scheduled, this time on the Pai Course, the furthest offshore course there is. If the breeze turns up, it could be the toughest and most decisive day of the regatta. 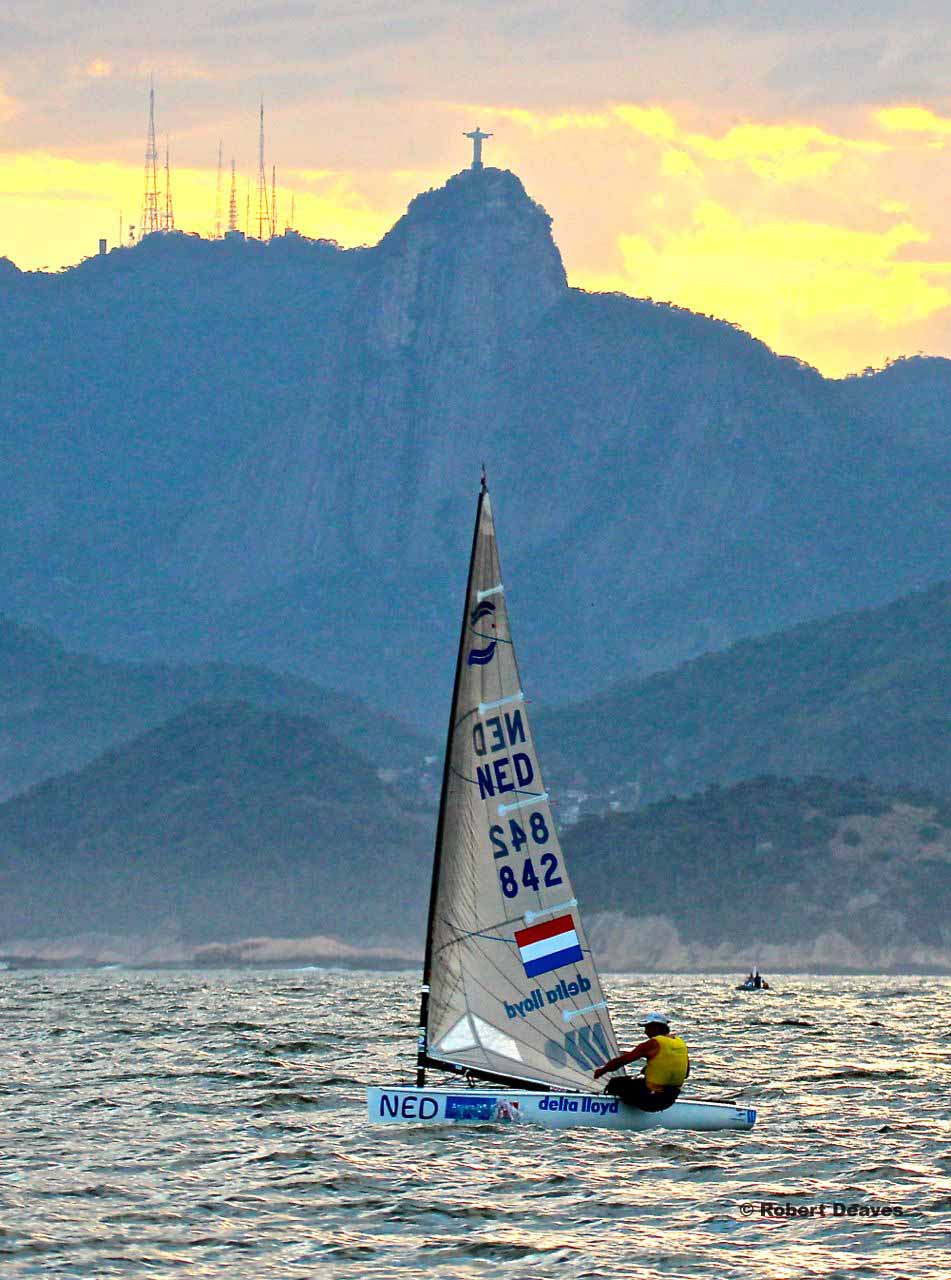